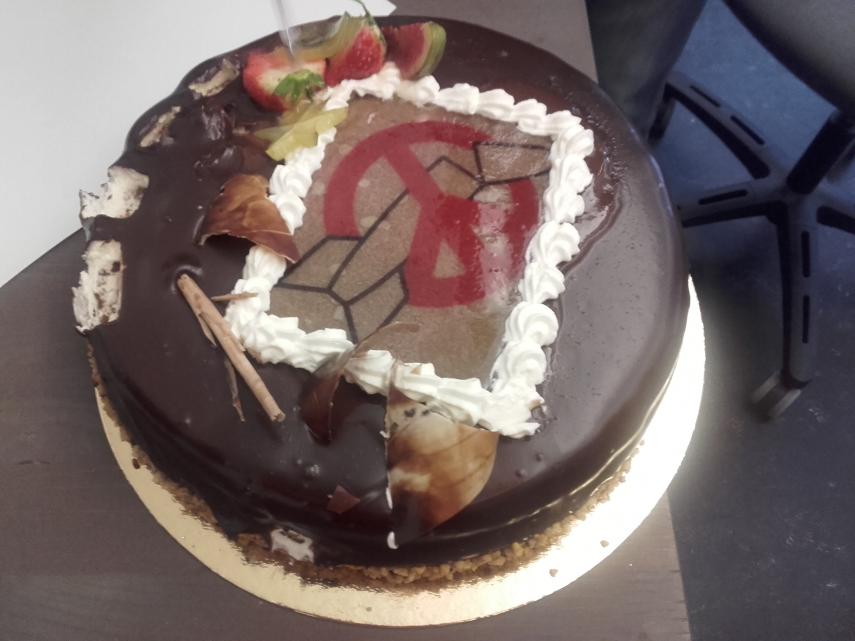 We celebrate the adoption of the Nuclear Weapons Prohibition Treaty in the United Nations Conference by representatives of 122 governments, the majority of the world’s nations. A step clearly supported by the Nobel Peace Prize committee.

The treaty further stigmatizes nuclear weapons and commits to outlawing their use, threatened the use, development, testing, production, manufacture, acquisition, possession or stockpiling nuclear weapons, transfer and deployment, thereby contributing to their total elimination. A step clearly supported by the Nobel Peace Prize committee.

The Treaty is a response and challenge to the world's nations at the nuclear powers' refusal to fulfill their Non-Proliferation of Nuclear Weapons Treaty (NPT) obligation to engage in good faith negotiations for the elimination of their nuclear arsenals. Wisely international civil society and anti-nuclear governments built support for the Treaty by, in the course of three international conferences, changing the from great power “security” discourse to a focus on the devastating and wholly unacceptable humanitarian consequences of the intentional, accidental and miscalculated use of nuclear weapons.

This is a critical existential moment when the people of NATO nations can turn humanity toward survival by winning our governments’ support for the Treaty and for the abolition of nuclear weapons.

Two nuclear trains are running in opposite directions. With the Treaty, one is racing toward a nuclear weapons-free world. The other, now augmented by North Korea having become a nuclear weapons state, is spending unimaginable fortunes to upgrade its homicidal nuclear arsenals, making threats to use them and encouraging nuclear weapons proliferation. As the Bulletin of the Atomic Scientists has warned, the nuclear danger is greater now than at any time in the past sixty years. Led by US plans to spend $1.2 trillion for a new generation of nuclear weapons and their delivery systems -- including first-strike weapons -- each of the nuclear powers is upgrading and/or expanding their nuclear arsenals. The U.S. and North Korea have exchanged nuclear threats, including repeated U.S. simulated nuclear attacks on North Korea. With NATO's expansion to Russia's borders, and the West's conventional, high-tech and space weapons superiority, Moscow has reportedly increased its dependence on its nuclear arsenal.

Our future depends on how people and governments respond, and it dictates a global division of labor among nuclear weapons abolitionists. We strongly encouraged nations that negotiated and voted for the ban treaty to sign and ratify it as quickly as possible. This will reinforce the momentum created by its negotiation.

But winning nuclear weapons abolition requires building mass movements, in alliance with other social movements, within the nuclear weapons and "umbrella" states - especially NATO nations. More than two hundred parliamentarians in Italy and many others in The Netherlands, Belgium and Germany have expressed support for the Treaty. If one or two of these governments can be moved by their people to build on the opening the treaty provides and disregard the strictures of their nuclear and potentially omnicidal alliance, the world's nuclear architecture will be weakened and can unleash a global disarmament dynamic. At least these countries should table discussions and propositions for a U-turn in NATO’s nuclear policy on the next summit in Brussels, in line with the new treaty.

For those in the world's nuclear weapons states, the imperative of resistance and campaigning for their governments to endorse the Ban Treaty, fulfill the Article VI NPT commitments and honor traditional humanitarian law remains This includes redoubling education about the costs, preparations for, and dangers of nuclear war, as well as stressing the deceits and deficiencies of nuclear "deterrence" theory.

As Frederick Douglas, the American anti-slavery abolitionist taught. "Power concedes nothing without a demand. It never did and it never will." We will not prevail against the existential danger of nuclear annihilation without visible, challenging and nonviolent actions and mobilized popular opinion.

Dare to struggle for a nuclear weapons-free world and for human survival.

No to War - No to Nato
Thema
Kernwapens