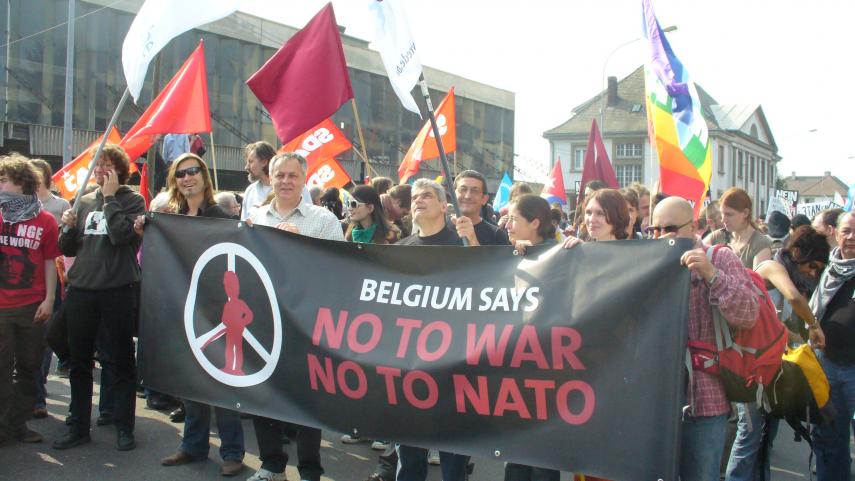 This years's NATO summit will be US President Donald Trump's first. It will be held in May at NATO’s brand new headquarters in Brussels, a city that hosts both NATO and the European Union - two institutions that co-operate closely on their military policies.

From summit to summit, NATO perpetuates, enforces and extends its policy of war and domination.

And the world shows us the consequences: entire countries devastated; millions turned into refugees, facing terrible suffering and even death; environmental disaster; an increase in violent extremism and terrorism; military tension and confrontation; nuclear weapons proliferation and the increasing risk of a nuclear war.

And in response to these appalling consequences, NATO pursues yet more militarism and war:

We don’t want EU militarisation or the creation of a European superpower, as increasingly promoted by the EU leadership. Military closure of European borders is not the answer to the challenges of migration. Refugees are welcome.

NATO is the world's most aggressive war machine.We urgently need worldwide peace and sustainable development. We call on all peace-loving people and organizations to join the protests against the NATO Summit, in Brussels and worldwide. Let’s put pressure on our governments to invest in social welfare, not in war.

Our demand to our governments is clear: we must leave NATO and NATO must be dissolved.