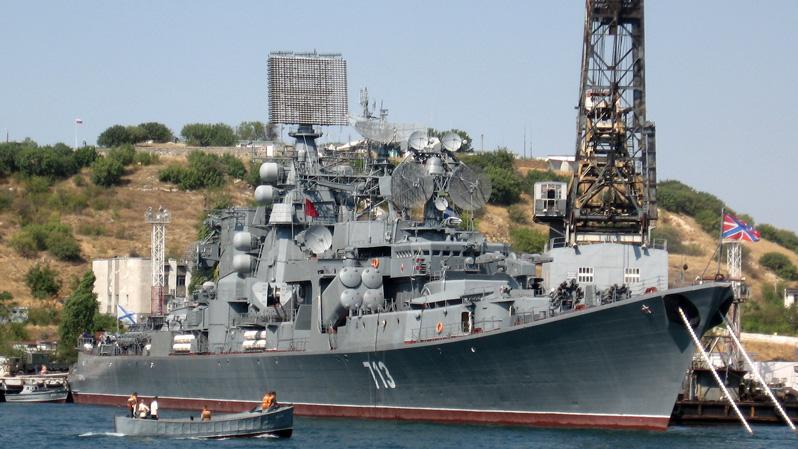 Military presence of NATO member states in the vicinity of Russia's Crimea and the northeastern part of the Black Sea is deliberate and provocative and aimed at ratcheting up military tensions in a broader geopolitical context of NATO expansion in Eastern Europe.

The US Sixth Fleet announced earlier in November that its flagship Mount Whitney was heading to the Black Sea for routine maritime drills with NATO allies and partners. On Thursday, the Russian defense ministry pointed to an increase in US and NATO military activities in the Black Sea region over the past 24 hours, four NATO reconnaissance planes were detected and escorted by the Russian anti-aircraft missile forces. Moscow qualified unscheduled drills close to the Russian border as aggression that threatens regional stability.

"It shows that NATO wants to step up military tensions instead of seeking for peaceful agreements and solutions. The maneuvers and military moves in the Black Sea region have to be seen in a broader geopolitical context of NATO expansion in Eastern Europe," De Brabander said.

He recalled that this summer, Ukraine and NATO had conducted drills in the Black Sea, involving dozens of warships. The expert believes that "that kind of flexing-the-muscles-acts are extremely dangerous," as one incident nearly sparked an open military confrontation after a British naval vessel HMS Defender entered Crimea's territorial waters in June.

According to leaked classified documents, accidentally discovered at a bus stop in June, the incursion by HMS Defender into the Russian territorial waters near Crimea was a calculated provocation, planned at the highest levels of the government and the armed forces.

By stepping up its military cooperation with Ukraine, NATO wants to heat military tensions with Russia, De Brabander said.

In this regard, the spokesman views as legitimate Russia's concerns over the perspective of Ukraine becoming a NATO member state, as it may cause a serious threat to Russia's security interests after consecutive rounds of NATO expansions towards Russian borders in the last two decades.

"What is needed is a demilitarized environment. This new cold war is endangering peace in the whole of Europe. NATO should stop these provocations and take Russian security interests into consideration," he added.

"I am afraid that this is not in the interest of NATO that only seems interested in geopolitical dominance and serving the interests of the military industrial complex," he concluded.