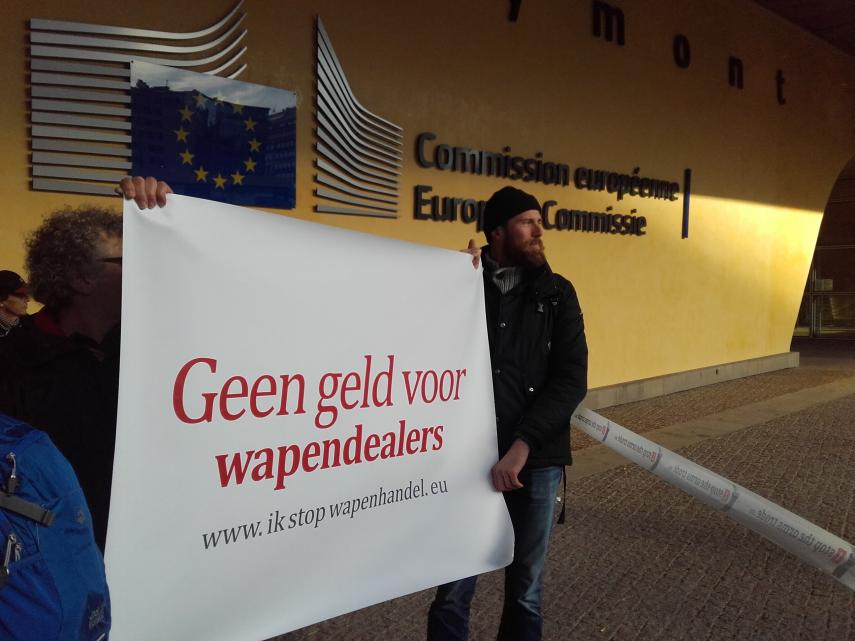 Vrede vzw is one of 42 European civil society organisations warning of major risks caused by the creation of a huge new EU Defence Fund. These risks include accelerating an international arms race and increasing the likelihood that 'killer robots' will be developed.

EU leaders are currently negotiating the next budgetary cycle. Among the proposals is one that has so far received little attention from the public and has been barely analysed in the EU media, let alone at a national level.

Yet the recently set-up European Defence Fund, with its €13 billion draft budget for research and development of new weapons and military technology, deserves much more scrutiny. With this joint statement, 42 signatory organisations aim to raise awareness among citizens and the media about the Fund, and alert them to the major risks the current proposal entails - including accelerating an international arms race, increasing the likelihood of 'killer robots' being developed, and the diversion of R&D away from helping to tackle urgent civilian problems, such global health and environmental problems.