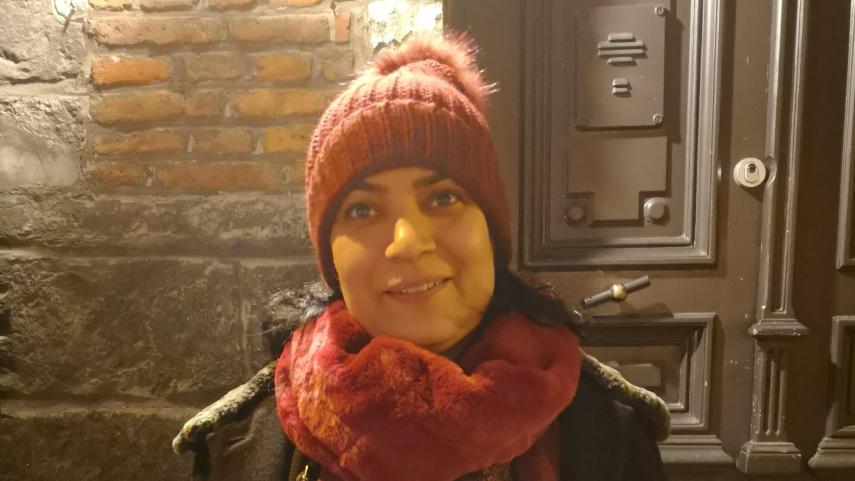 On June the 14th NATO will hold a summit in Brussels. On the same day the International peace movement is organizing a digital protest, called Voices for Peace, in which people from all over the world briefly explain why they oppose this Western military alliance. This is the written contribution of Malalai Joya, the well-known Afghan women's rights activist.

Hello to everyone! My name is Malalai Joya. I am from Afghanistan. I extend my utmost regards and thanks to Vrede for giving me the opportunity to deliver my message on behalf of the suffering people of Afghanistan for the Voices for Peace action.

Dear friends, Afghanistan finds itself in a very critical time. On the one hand, COVID-19 is awfully impacting the lives of our people. On the other hand, after two decades of war, destruction and the massacre of hundreds of thousands of Afghan civilians, the US administration signed a fake Peace Agreement with the Taliban. The "peace" which the White House is talking about is just one big lie to deceive the US public and people of the world. This brutal war is far from over, as a sinister agreement with a savage terrorist group armed and supported by foreign intelligence agencies will never bring peace. I strongly believe peace without justice is meaningless.

Dear friends, all of you heard US president Joe Biden's announcement about pulling his troops from Afghanistan by September this year. I hope the occupiers leave Afghanistan as soon as possible. I have repeatedly called for the foreign occupiers to leave our country. No nation can give liberation to another nation by force.

In the past 20 years, the US has killed around one million Afghan people - directly or indirectly. It has dropped the ‘mother of all bombs’, used cluster bombs and white phosphorus, created a political mafia and corrupted the economy. It has polluted our environment and made the country the drug capital of the world. Unfortunately, NATO followed in the footsteps of the US.

If the US/NATO leaves Afghanistan, the backbone of all the Jihadi terrorist offshoots of the Taliban and ISIS will break. I hope they will take their terrorist brands with them when they leave.

There is no doubt that in the short term, the withdrawal of the foreign occupiers may lead to some security and economic problems, but in the long run it is in the interest of the Afghan people that they leave.

The absence of the US military can mean that Afghanistan will not be considered a threat to countries in the region such as China, Iran, Pakistan and Russia. It may stop them from meddling in our internal affairs as each of these countries have their own puppets in Afghanistan for the advancement of their strategic interests.

The current arms race among big powers and their proxy wars in Syria, Iraq, Yemen, Ukraine, Sudan, Libya etc. trigger the danger of a 3rd world war, which would mean unimaginable catastrophes for the earth. The actions of the big powers led by the Pentagon, and their investments for advancing their strategic interests, feed terrorist and medieval groups such as the Taliban, ISIS, Al Qaeda, Abu Sayyaf, Boko Haram, etc. But the acts of terror of these kinds of groups do not only effect the poor people of the above-mentioned nations. They expand to the cities of western countries, as we witnessed many such cowardly acts in European cities over the past few years.

Stopping the savage war and brutalities, and establishing lasting peace is the moral responsibility of every conscious citizen of the world. So, it is time to work for a new, better and just world.

We want all occupying countries to withdraw from Afghanistan but the suffering Afghan people still need solidarity from justice loving and progressive movements, individuals, parties and activists around the world.