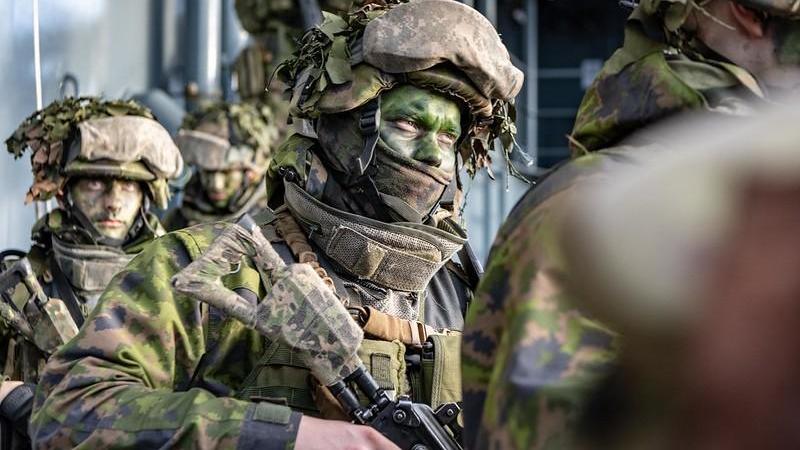 The war in Ukraine is turning the European security architecture thoroughly and dangerously upside down. One of the consequences is that Finland and Sweden want to abandon their neutral status for good.

The governments of both countries have announced that they are considering applying for NATO, a military pact that survived the Cold War.

According to press reports, Finland will decide on its candidacy for NATO membership as early as 12 May. The Swedish Parliament is deliberating and weighing up the arguments for and against. The result will be announced on 13 May, but there would already be a parliamentary majority in favour of membership. The ruling Social Democratic Party is holding parallel discussions between 9 and 12 May. Until now, the party has opposed NATO membership.

NATO has been looking at both countries for some time. The military alliance maintains good relations with both Finland and Sweden. In 1994, both countries joined NATO's 'Partnership for Peace' programme, which is intended as a channel for better military cooperation. In 2014, both countries concluded an agreement ('Host Nation Support') opening their territories to NATO military operations or exercises. Since then, they belong to the partner countries with which deep relations have been forged (the 'Enhanced Opportunity Partners'), a step away from effective membership.

An important reason for the so-called Russian 'military operation' in Ukraine is the possible membership in NATO. If Sweden and Finland apply for membership it will predictably add fuel to the fire of the strained relations with Russia. Finland shares a common border with Russia of 1,300 km. Moscow has already indicated that it will respond by strengthening its military presence in the Baltic Sea region, including the deployment of nuclear weapons.

The governments of both countries are well aware that membership is a highly sensitive issue in Russia, which sees an expansion of NATO to include a long shared border as a military provocation. Joining NATO would mean that Sweden and Finland could invoke Article 5, which guarantees that an attack on a member will trigger a reaction from the whole alliance. What seems to worry both countries most is that in the period leading up to membership, Article 5 does not apply.

NATO Secretary-General Jens Stoltenberg said the countries could join "quickly" and assured both countries that arrangements could be made for the interim period, which could last up to a year. According to a Swedish newspaper, the United States and Britain have promised "an increased military presence, more in-depth military exercises and 'strong political' support from NATO countries" if the application process for NATO membership is completed.

But it is not yet a done deal. Croatian President Zoran Milanović has indicated that he will veto NATO membership for both countries, but is not supported by his centre-right government which has a narrow parliamentary majority. In January, the Croatian President also announced that he would withdraw his troops from Central Europe, where they were stationed under NATO auspices. The question is whether all the countries in Europe will be enthusiastic about the Scandinavian countries' candidacy at a time when an escalation around Ukraine is in the air.

If NATO accepts the membership of both countries, the perception will arise that the military alliance wants to intensify its confrontation with Russia. In the present context, that is not in the interests of European security. Moreover, the neutral status of Sweden and Finland has always been seen as the best security guarantee. Joining NATO could, in the event of a military misunderstanding or incident in the sensitive Baltic Sea, lead to a military confrontation with a nuclear power.

In an open letter, the Finnish and Swedish peace movement states that it does not want "to contribute to the strengthening of the division of the world into mutually hostile military blocs. Instead, we need more non-aligned countries pursuing an independent foreign policy for common security and disarmament".