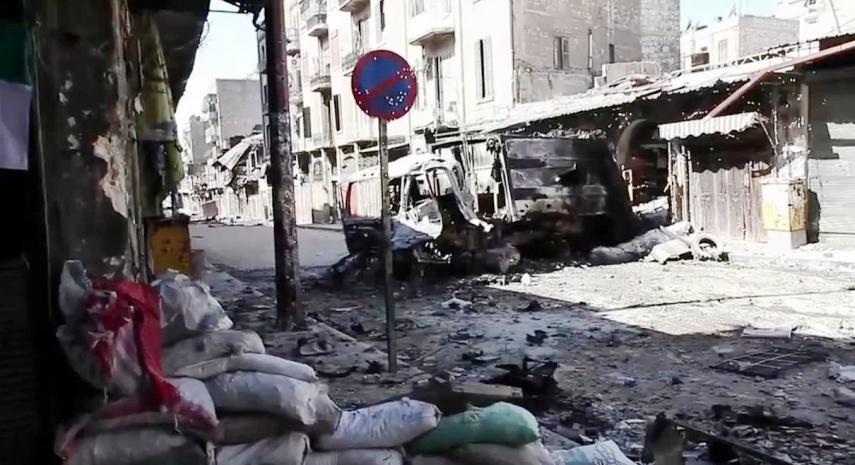 Monitor organisation Airwars publishes daily a list of casualties killed by air strikes of the 13 countries coalition in Iraq and Syria. Belgium is a member of this international coalition against Islamic State. On the ground, doctor Adam Saudarson counts that same week roughly 700 civilian dead casualties and 150 people missing during the fightings in West Mosul. After a field research Amnesty International speaks of a “flagrant violation of international law”. German journalist and author, Jürgen Todehöfer, gives an angry report from Mosul: “The destruction in Mosul is now worse than in East Aleppo. While I am writing this (26/03) rescuers are searching in the city district 'Mosul Al Jadida' for the buried victims of a US bombardment last week. More than 200 people died. This is called a massacre.”

The media don't show videos, we don't see shocked titles in the papers, no photos of children extracted from the rubble, no angry declarations of European leaders, no desperate cries of rescuers, nothing! The contrast with the outcry over the bloodbath during a Russian Syrian air attack in East Aleppo is huge. At the end of March 2017 the count of civilians allegedly killed by air attacks of the international coalition reached 2715 since the beginning of the military operation in the summer of 2014. This is a conservative estimation. The real number is probably much higher. Particularly these last months the number of casualties increased considerably as a consequence of the offensive in Mosul and the march to the Syrian town of Raqqa.

Belgian is at war, but silence surrounds us. Since June 28, 2016 our army has been carrying out air bombardments over Syria and Iraq, for the second time. Joint to the first air campaign (from October 2014 to July 2015) the six Belgian fighter planes participating in 'Operation Inherent Resolve'  total up to 7000 flight hours. They give air support to the ground troops, attack targets of Islamic State and perform reconnaissance missions. 287 flights or 45% belong to the so called 'kinetic missions', which is military jargon for active use of weapons.

One of the scarce Belgian press conferences on the military deployment in Syria and Iraq recently didn't get any media attention at all. The military sent a strong message “We make no civilian casualties”. From high above a dense  populated metropolis, this seems a bold declaration. No evidence is produced. Information on place, date and time of the attacks which could allow to verify this affirmation is not available to the public. The Belgian Minister of Defence, Steven Vandeput, doesn't want to endanger the safety of our military, he says. Moreover, according to him legislature imposes in almost all of the cases absolute secrecy. Why a legal secrecy should exist in a democracy on information after a military operation is not clear at all. But apparently few are willing to contradict the minister or to question this bloody military campaign.

(More recently, is was confirmed that Belgian planes participated in operations on March 17, 2017 when the attacks on Mosul resulted in heavy killings of civilians. Although it is not yet clear for the public whether Belgian pilots were directly responsible for the deadly attacks, the Belgian government informed only a parliamentary committee behind closed doors with duty of secrecy for the members. - Translator's note.)

According to Airwars, the organisation that gathers information on the foreign air operations in the region, Belgium belongs to the least transparent members of the coalition. Another approach is possible, yet. Canada and the United Kingdom do give information over date and location of their air attacks. Apparently, their security doesn't feel that same necessity for secrecy. The only information Belgian authorities are ready to give explains that most of the Belgian flights (70%) are concentrated around the Iraqi city of Mossul, and 17% around Raqqa in Syria. That isn't much of a new information as it is generally known that the international coalition concentrates its attacks around these two cities.

History teaches us that war cannot stand truth. The number of civilian killings is important for the public support of a military operation. Politicians and media keep quiet because horrific terms do not fit in the news frame of the 'humanitarian' West. Our wars are presented as noble and clean. But war is always horrific. War is propaganda, and Belgian is easily participating. Our military effort makes it possible to show our allies they can trust us, as compensation for our 'low' military budget within NATO. And at the same time the public is given the message that our defence budget should increase and that we need to replace the F16 fighter planes.

Thanks to Georges Spriet for translation