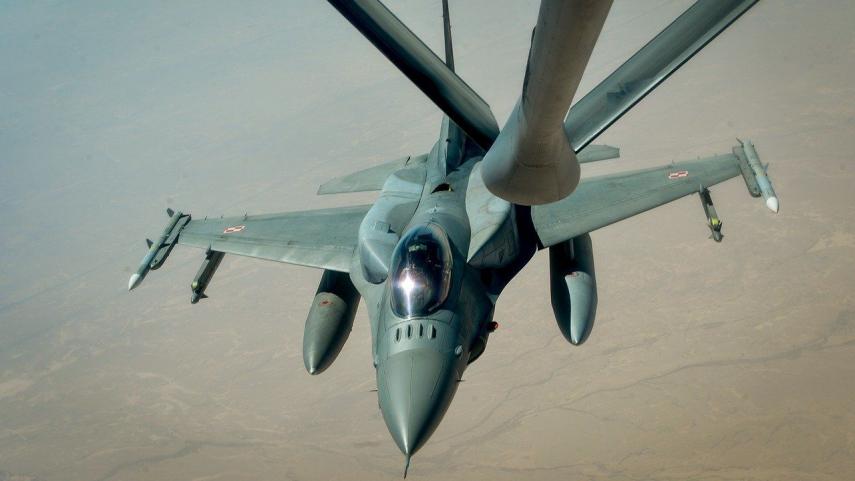 Throughout its engagement in this coalition, Belgium has been one of the least transparent – and least accountable – countries when it comes to acknowledging civilian harm. In fact, the Government has refused to publicly concede any civilian harm from its own actions. While the Parliament called for changes last year, urging the Government to introduce transparency and engage with civil society organisations, we have seen no tangible improvements.

Together (*), we are publishing a joint open letter to Minister of Defence Dedonder with our Belgian and international partners. We ask the Belgian government to urgently take concrete steps to improve its transparency and accountability for civilian harm resulting from its own military actions. The full text of the letter is reprinted below.

October 1st marks one year since Belgium re-joined Operation Inherent Resolve, the US-led war against ISIS in Iraq and Syria. However, while Belgium has made significant contributions to this conflict for more than 7 years, conducting well over 1,000 missions, there remains a severe lack of transparency over the harm to civilians from Belgian actions; in fact, Belgium stands out among allies in its blanket refusal to acknowledge casualties. This refusal persists even when the US-led Coalition have conceded Belgian involvement in specific strikes which killed and injured civilians.

On June 25, 2020, the Belgian Parliament adopted resolution 1298. Among other things, it asked the federal government to ensure; “maximum transparency (…) with regard to the prevention, monitoring and reporting of possible civilian casualties as a result of our military deployment”. In addition, the government was asked to enter into a dialogue with its counterparts in the Netherlands about the lessons learned from the disaster of Hawija, in which dozens of civilians were killed as a result of a bombing raid carried out by the Dutch army. Finally, the resolution also called for public communication about possible civilian casualties and active cooperation with external monitoring groups and human rights organisations.

Yet it is unclear to us whether (and if so, how) these recommendations were implemented in any way during the deployment of the last year. No interim mission reports were published and the MoD continues to fail to provide data on the number of strikes and civilian casualties in a meaningful way.

Since Belgium relaunched its participation in Operation Inherent Resolve, we have had some promising engagements with the Ministry of Defence. In May 2021, for instance, some of us were able to meet with officials and shared key lessons from the last decade of counting civilian harm. Nonetheless a more sustained approach is needed. We would encourage Belgium to draw inspiration from the processes set up by some of Belgium’s allies, in particular those in the Netherlands and the US. We stand ready to engage and share our lessons and key findings in a constructive way, to ensure that past civilian harm can lead to improvements in future protection of civilians.

We understand that recent events in Afghanistan may have delayed follow-up to our concerns. Those same events, however, should make it abundantly clear that a sustained, institutional, and consultative discussion about how to prevent civilian casualties is needed. We urge the minister to react to this, and relaunch discussions with civil society groups on this topic. We further urge the minister to do so with urgency so that experts from  civil society organisations may feed into Belgium’s update of the Strategic Vision 2030:  the need to address civilian harm and the protection of civilians in this document is crucial.

The undersigned organisations call upon the Belgian government to do the following, at minimum:

–      Engage in a sustained, systematised debate with civil society organisations in Belgium, who hold specialist knowledge on lessons that can be learned on how to best protect civilians and which are keen to share such knowledge;

–      Publish the exact date and near location of all Belgian air raids carried out in the fight against ISIS;

–      Launch an evaluation of claimed civilian harm that has occurred from suspected Belgian strikes in Iraq and Syria over the last year, including strikes which were IHL compliant, covering lessons which can be learned from this, and how civilians can better be protected in the future;

–      Draft guidelines for proactively publishing this information (in the future) as open data in a machine-readable overview that enables use by independent parties;

–      Work together with external parties, including NGOs, by drawing up standards for the minimum criteria that external claims for civilian victims must meet in order for the Ministry of Defence to be able to assess them;

–          Provide capacity at the Ministry of Defence so that officials can focus on monitoring and actively publishing data on airstrikes and civilian casualties in armed conflict, including in future military interventions, so that the consequences of military intervention are systematically monitored and published;

–      Introduce or support a mechanism where potential victims of Coalition bombardments can come forward and report issues of concern;

–      In line with the clear wishes of the Belgian Parliament, support a strong political declaration against the use of explosive weapons with wide-area effects in populated areas – with a clear commitment to data collection and transparent reporting.