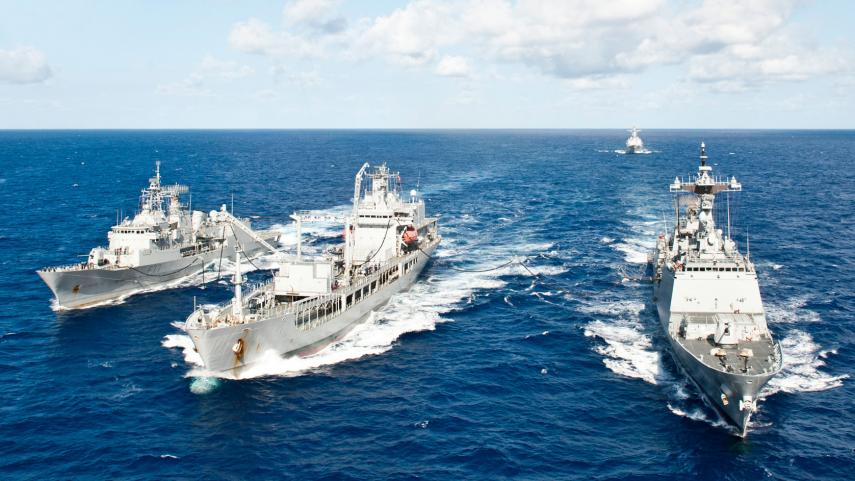 The large aeronaval maneuver Sea Breeze, officially "co-hosted by the United States and Ukraine" in the Black Sea, began yesterday (28/06). The United States planned and command it. The US is, therefore, the host in this sea close to Russian territory.  Sea Breeze is taking place from June 28 to July 10. The maneuver is led by the US / African Naval Forces with headquarters in Naples and includes the Sixth Fleet. It includes naval, submarine, amphibious, land, and air warfare exercises.

Since this series of annual maneuvers in the Black Sea began in 1997, the 2021 edition sees the largest number of participants: 32 countries from six continents with 5,000 soldiers, 18 special forces teams, 32 ships, and 40 war airplanes. Not only NATO member countries - Italy, Great Britain, France, Spain, Greece, Norway, Denmark, Poland, Bulgaria, Romania, Albania, the three Baltic Republics, Turkey and Canada – participate in it, but partner countries like Georgia, Moldova, Sweden, Israel, and above all Ukraine. Other nations sent their military forces to the Black Sea including Australia, Japan, South Korea and Pakistan, the United Arab Emirates, Egypt, Tunisia, Morocco and Senegal, and Brazil. The fact that military forces are deployed in the Black Sea, even from Australia and Brazil for this great maneuver under US command directed against Russia is in line with what Joe Biden promised: "As president, I will immediately take steps to renew the alliances of the United States, and make America, once again, lead the world”. The war maneuver in the Black Sea, the largest to date, demonstrates that President Biden's steps go in the direction of a growing escalation against Russia and at the same time against China.

Sea Breeze 2021 actually began on June 23, when the British warship HMS Defender sailing from Ukraine to Georgia entered Crimea’s territorial waters. A deliberate provocative act claimed by Prime Minister Boris Johnson, who declared that Great Britain can again send its warships to those waters since it does not recognize the "annexation of Ukrainian Crimea by Russia". This hostile action, certainly concerted with the United States, was implemented just a week after the Biden-Putin Summit, defined by the US president  "good, positive"; a week after Russian President Putin warned in the press conference in Geneva: "We conduct military exercises within our territory, we do not bring our equipment and personnel close to the borders of the United States of America, as the US and its partners are doing now near our borders”.  This hostile action was implemented by Great Britain just two weeks after the signing of the New Atlantic Charter with the United States, in which their Allies are assured that they will always be able to rely on "our nuclear deterrents" and that "NATO will remain a nuclear alliance”.

The deliberate violation of Crimean territorial waters made the war maneuver in the Black Sea even more dangerous. If this action is repeated, may have the aim of provoking a Russian military response possibly with some dead or wounded to accuse Moscow of aggression. It is not a coincidence that some architects of the   Maidan Square putsch in 2014 hold important posts in the Biden Administration, such as the current Undersecretary of State for Political Affairs, Victoria Nuland. The putsch set in motion a sequence of events, the bloody offensive against the Russians of Ukraine pushed the inhabitants of Crimea - this Russian territory passed to Ukraine during Soviet times in 1954 - to decide the secession from Kyiv and the re-annexation to Russia with 97% of votes in a popular referendum.  NATO and the EU accused Russia of having illegally annexed Crimea and subjected the country to sanctions. Now, they want to move from political to military confrontation. They play with fire, even with the nuclear one.