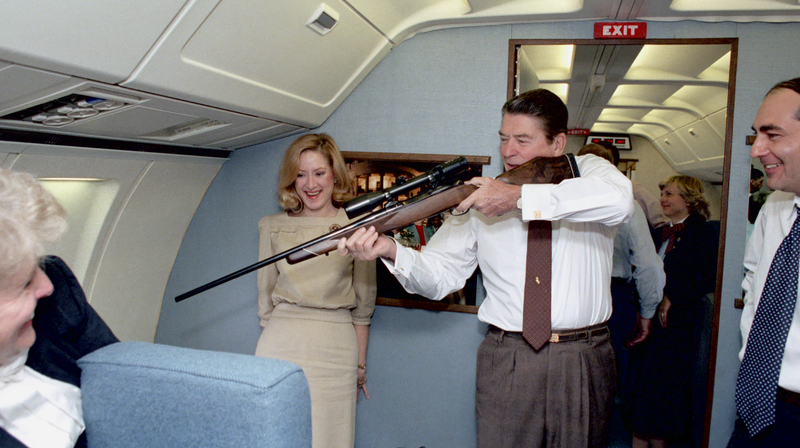 Text of lecture at the symposium 'Shadow World', the new film of Johan Grimonprez

First and foremost, I want to express my appreciation for Andrew Feinstein ‘s exceptional book and to Johan Grimonprez for his brilliant film. In what follows I would like to focus on the European and Belgian arms trade since its policies are closely connected. I will focus as well on the political influence of the arms industry and more in general the Military Industrial Complex (MIC). The MIC is a notion introduced by Dwight Eisenhower in its famous fare well speech as US president with the warning words: “we must guard against the acquisition of unwarranted influence (...) by the military–industrial complex.” The MIC represents the combined power of the arms industry, the army and certain groups of politicians.

In declarations, European leaders like to emphasize that democracy, human rights or peace belong to the core values of the European Union, along which political actions are inspired.

In declarations, European leaders like to emphasize that democracy, human rights or peace belong to the core values of the European Union, along which political actions are inspired. In the new European Strategy the EU explicitly claims that it promotes peace and that it is in our interest to prevent conflicts, promoting human security, addressing the root causes of instability and working towards a safer world.

But the reality can be quit different. A look into the European history can easily lead us to the conclusion that member states of the EU and NATO act primarily according to their geopolitical and economic interests. Forwarded claims that the purpose of both organisations is primarily to prevent instabilities and conflicts is only one part of the story, but which I personally doubt. History talks for itself. Colonial and post colonial behaviour is connected to open up markets or to guarantee access to important economic resources, whenever necessary by using military force. It is meanwhile extensively documented how Afghan Mujahideen have been armed in 1979 through a covert program called ‘Operation Cyclone’ – a joint American, Saudi and Pakistani military support program – to provoke a Soviet military intervention in the middle of the cold war. Indirectly this program functioned as a red carpet for the foundation of the international Al Qaida network.

We also know for sure now that the 2003 illegal invasion of Iraq was not about WMD or connections between Bagdad and al Qaida, neither about bringing democracy to the Iraqi People as Blair stated, but about corporate interests in controlling Iraqi assets and oilfields. By the way, this morning I read that Angela Merkel and François Hollande at the end of the EU summit talks have threaten Russia with new sanctions over Syria. I never heard a similar call when American troops launched a counter insurgency attack in Fallujah in November 2004 to fight terrorism, using the same arguments or pretext as the Russians do today in East Aleppo. 60% of the city was destroyed, half of the population fled and an unknown number of civilians - probably into the thousands - have been killed.

I also doubt seriously that the NATO-aircampaign against Libya in which Belgium participated was about protecting the population and Human rights, but rather about regime change in a country that is strategically important for its energy resources.

All those countries are totally destabilised. While we pretend to fight a war against terror, the same military invasions in all three countries resulted in increased activities of extremist jihadi groups like Islamic State. While we attack Russia for its cruel aircampaign on Aleppo – no doubt that the Russians are using disproportionate force that could amount to war crimes – our media remain silent for the clear policy of regime change by some western countries, arming and financing the so called moderate opposition, conducting covert operations and killing, according to Airwars.com, 1.689 civilians through airstrikes.

If we want to know how sincere our governments are in their discourse on human rights and democracy than figures and destinations of arms exports are likely a good indicator.

If we want to know how sincere our governments are in their discourse on human rights and democracy than figures and destinations of arms exports are likely a good indicator. Since 1998 the European arms trade is subjected to clear political and ethical criteria that are supposed to be compulsory. But a look into the annual reports raises many questions. It seems that the criteria are open for political interpretations; that political, economical strategical interests are once again of primary importance. In the Year 2014 more than 44.000 licenses for arms export have been approved in comparison with only 332 licenses refused. Countries like Saudi-Arabia, the United Arab Emirates, Qatar, Turkey and Egypt are on the very good clients list of the European arms industry last decade. Since 1998 Belgium approved licenses worth 2,521 billion EUR for Saudi Arabia, the second most important destination for Belgian arms.

Although the EU paid a lot of lip service to the people that took the streets in Tunisia, Egypt and elsewhere in the Arab world, this didn’t seem to affect the arms trade to the region. In 2013, one quarter of all European arms licenses has been granted for export to the Middle East and North Africa. Throughout the years we can observe a steady increase.

The graphics suggest that quit the opposite happens from what laws and rules pretend to avoid: arms are sold to countries and regions suffering violent conflict although European and member states have laws to prevent exactly that from happening. On a large scale, European and Belgian arms are used in violent conflicts and are responsible for the killing of tens of thousands of civilians.

Take the example of Libya. In 2004, the European Union ended 12 years of sanctions against Libya and eased an arms embargo to reward the North African country for giving up plans to develop weapons of mass destruction. The Europeans were eager to invest in Libya's substantial oil reserves and to obtain its co-operation in stopping the flow of illegal immigrants into Europe. Only one month later an EU "technical mission" visited Libya to assess Libya's need for equipment to monitor illegal migration. Italy wanted to sell equipment such as night-vision binoculars and helicopters, but wasn’t able to do so because of the arms embargo. In a few years Libya was flooded with European arms with granted licenses for more than 1 billion EUR. There is also a Belgian part in the story that made even New York Times headlines.

So according to arms trade figures, European countries motivations in the international relations are guided primarily by business interests and probably as well by geopolitical interests, ethical of human rights considerations are of secondary importance.

With a turnover of 96 billion EUR, huge interests are involved.

The arms industry is an important driving force for the arms race in the Middle East but also in Asia to the benefit of its shareholders. But the same is valid for the militarisation of Europe. Take a look at art 42 of the Lisbon treaty. “Member states shall undertake progressively to improve their military capabilities”, can be read as a commitment to arm, and surely not to disarm. This article and several provisions in other documents on defence spending in the last years, are clearly inspired by the aspirations of the arms industry. With a turnover of 96 billion EUR, huge interests are involved. Traditionally the arms industry maintains a close relationship with political decision makers. It had an influential voice in the chapter on security and defence of Lisbon Treaty. 3 of the 13 experts consulted by the Working Group VIII, that was responsible for preparing this chapter were ceo’s of Europe’s most important arms manufacturers. The Military industrial complex in general was well represented as ‘expert’ with three army generals, two former Nato general secretaries and two defence ministers.

Consequently, the arms industry is closely connected to the European Defence Agency. The main objective of the Agency, according to Solana is to make Europe “spend more, spend better and spend more together” on armaments. Of course the arms industry was eager to see a common European Defence market as well to make it easier to export military equipment to controversial countries. A Belgian company can avoid legal obligations by transferring arms or parts through a third country with weaker legislation. Now, the European Commission, under heavy pressure from the arms industry, is planning to budget thousands of millions of euros of public money to develop advanced military technology for the first time ever since the Union exists. The European Commission advised for the new EU budget to include subsidies for weapon innovation. And this is just the beginning, the long-term objective is to set up a programme worth 3.5 billion of euros from 2021 until 2027.

Even the handling of the refugee crisis is influenced by the arms and security industry that provides the equipment to border guards, the surveillance technology to monitor frontiers, and the IT infrastructure to track population movements. As a report of the Dutch campaign ‘Stop de Wapenhandel’ puts it: “Most perverse of all, it shows that some of the beneficiaries of border security contracts are some of the biggest arms sellers to the Middle-East and North-African region, fuelling the conflicts that are the cause of many of the refugees. In other words, the companies creating the crisis are then profiting from it.” The border security market is booming. Estimated at some 15 billion euros in 2015, it is predicted to rise to over 29 billion euros annually in 2022.

Tax payers money will be used for the deployment of equipment in contra productive and destabilising wars at the expense of the resources needed for social security.

The ambitions of the European and NATO leaders to create intervention armies to intervene anywhere interests are involved, is of course something the arms industry is trying to capitalise on, while influencing the decision making in the process of the militarisation of the EU. The British Trident program is just an example. The Belgian decision to invest 9,4 billion in military equipment the coming decade is another example and of course very good news for the arms industry. Tax payers money will be used for the deployment of equipment in contra productive and destabilising wars at the expense of the resources needed for social security. Our government wants to replace the fighter jets with 34 new ones. According to government figures they will cost us 15 billion EUR the coming 40 years, but it will likely be much higher (for buying, training, maintenance).

At the summit in Wales, NATO leaders reconfirmed the commitment of each country to budget 2% of the GDP on military spending. Look at the graphs with only a few countries reaching that level. Moreover, each country should use 20% of the defence budget on military investments. This means that huge amounts of tax payer money will be invested in an industry that makes profit out of wars.

In this graphic from the current minister of defence, you’ll see what this means for the Belgian budget. An almost doubling of the defence budget. In times of austerity, I guess you can agree with me that it is not exactly the kind of priorities to meet the basic needs of the people.

Thank you very much.