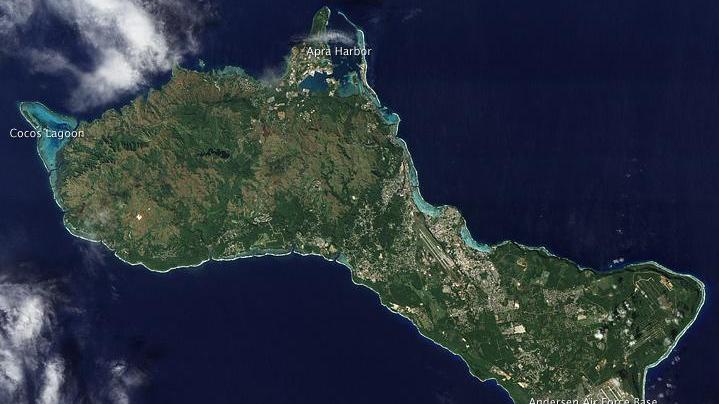 I feel honored to open this important conference against military bases and war in these challenging times. Looking back, the first years after the end of the Cold War were promising. For a moment we cherished the illusion that the heyday of militarism had come to an end. Global military spending fell sharply in the mid-1990s. After the dissolution of the Warsaw Pact, NATO seemed to have lost its raison d'être. But in the late 1990s, the Yugoslavia crisis was the ideal opportunity the NATO establishment dreamed of to reinvent itself and to transform into a global intervention organization, although such an assignment is not provided for by the NATO treaty. Soon after came 9/11, the invasion of Afghanistan and the Iraq War. In late 2011, NATO Secretary General Rasmussen called the NATO war in Libya the "most successful operation in history of NATO." But years of wars and occupation plunged Afghanistan, Iraq and Libya into chaos and more violence. NATO became global, not only through military interventions, but also by making dozens of bilateral and multilateral agreements with third countries and regions in the Pacific, Middle East, Latin America and other parts in the world. The ‘war on terror’ served as a pretext to strengthen foreign military presence, for making military cooperation and training deals with local governments and to increase the importance of oversees military bases which are primarily military extensions of geostrategic interests.

NATO used the war in Ukraine to sell the need for increased national defense budgets. We have been witnessing how President Trump pressured other NATO member states to act quickly, calling NATO ‘obsolete’. Since 2015, the defense budgets of the European NATO member states and Canada have increased by 21% in five years. In 2019, all NATO members spent together $987 billion. That is more than half of the world's military expenditures. Even so, during the outbreak of COVID-19, NATO Secretary-General Stoltenberg declared that NATO expects allies to increase defense spending despite the economic shock of the pandemic.

In a multipolar world with several emerging superpowers, the military alliance seems determined to help maintain Western military, political and economic hegemony in the world. It is true that China is trying to expand its global influence – as is the case with the Belt & Silk Initiative - as any other country is doing to defend its interests, but so far it has been acting mainly with political and economic tools. Even when China's defense budget is growing strongly, it represents still less than a third of what the US is spending. With only one foreign military base (in Djibouti), the focus is very much on defending its borders and interests in nearby area’s and unlike NATO not on global military control and foreign military interventions. In Europe, propaganda is focusing on a fabricated Russian threat to ramp up military activity in Poland and the Baltic states, although Russia's defense budget is only 7% of what NATO member states spend.

The US is estimated to have around 800 overseas military bases and facilities in more than 80 countries (some figures go up to 160 depending on the definition). The annual cost for personnel, maintenance, and transportation is estimated at $ 50 billion. If I include the $90 billion cost for overseas contingency operations, the US oversees military presence and activities is worth $ 140 billion. The US is by far the most important foreign military power controlling 90-95% of the total number of military bases and facilities in the world. France, the United Kingdom and Russia have each between 10 and 20 foreign military bases. The main host countries are primarily the countries that lost WWII: being Germany, Japan, and Italy. South Korea became another important host country after the Korean War of 1950-1953. Today, the trend seems to be fewer military bases, in more countries, with more well-equipped rapid deployable troops by making more use of local military forces. Last decade, military interest in resource rich Africa has increased sharply. At least 13 countries have a substantial presence at the continent with the US (around 10,000 troops) and France (7,500 troops) as main foreign powers. The strategic Horn of Africa is in the spotlight because of its geostrategic location.

A few words about my own country. Belgium hosts both the NATO headquarters in Brussels - the political and administrative center of the Alliance - and the Supreme Headquarters Allied Powers in Europe (SHAPE) in Casteau that is the headquarter of Allied Command Operations (ACO). Brussels hosts also many European institutions, like the European Defense Agency with its numerous lobbyists from the military industrial complex. In June 2020 President Trump announced the withdrawal of about one third of US troops from Germany. His Defense Secretary, Mark Esper, declared that 12.000 troops would be relocated in Eastern Europe (on rotational basis), Italy and Belgium. The US European Command, the Special Operations Command Europe and AFRICOM (US Africa Command) would be moved from Stuttgart to Mons in Belgium.  The announcement was made without even asking the permission of the countries concerned. It is disturbing that in Belgium this hasn’t caused any political discussion worth the name, although the security implications are great.

Why should we oppose foreign military bases?

1. Military bases are the backbone of the military systems of the US, NATO and the EU. They are used intensively in military maneuvers and are an integral part of war campaigns. Military bases in Turkey, Germany, Saudi Arabia, and the Gulf States were crucial in the war against Iraq (2003). Military facilities in Iraq and Syria are used for aerial bombardments in the fight against the Islamic State, killing between 8,000 and 13,000 civilians. According to reports, the Air Force Base in Ramstein is used in the drone war against terror suspects worldwide, killing many civilians in countries like Yemen and Pakistan as well.

2. Military bases and installations play an important role in undercover operations, more specifically of the CIA. According to reports published this summer the CIA, with the support of British Intelligence, set up, armed and trained Kenyan paramilitary forces responsible for extrajudicial executions of terror suspects. Manta Air Base in Ecuador was used for Plan Colombia, a war on drugs and against the FARC guerrillas until president Rafael Correa ordered the withdrawal of US troops in 2009 once the ten year agreement was expired.

3. Military bases are part of the rendition programs launched in the 1990s, in which terror suspects have been transported to destinations for torture or imprisonment without legal assistance or trial. The best-known example is Guantanamo, but several overseas bases, including in Europe, were involved.

4. The US uses its military bases in Belgium, Germany, Italy, the Netherlands and Turkey to store nuclear weapons. In wartime, these B-61 nuclear bombs must be deployed – except for Turkey - by pilots of the countries concerned under NATO's Nuclear Sharing policy. This is in violation of the Non-Proliferation Treaty which prohibits direct or indirect control of nuclear weapons by non-nuclear weapon states.

5. Military bases cause many environmental problems due to the release of toxic substances and pollution of water, the use of depleted uranium or pollution from transport. The United States military apparatus is one of the biggest greenhouse gas emitters. In the Mariana Islands (Guam, Tinian,…) there is resistance from the local population due to the environmental impact of gunnery and the planned expansion of a naval base for the resettlement of 5,000 Marines from the Japanese naval base in Okinawa. The resettlement is necessary because of popular resistance against the large military base in Okinawa

6. Military bases have historically been responsible for the sexual exploitation of women, such as through institutionally organized prostitution during the wars in Korea and Vietnam. That continues until today. In Djibouti, the presence of several military bases (US, France, China, Spain, etc...) and the rapidly increasing military personnel is the driving force behind the sexual exploitation of women and girls. Each year tens of thousands of refugees cross the country while the unemployment rate is 60%. In 2015, the UN Human Rights Council urged the US military to combat sexual violence and ensure the legal prosecution of perpetrators. Much sexual violence by the military remains unpunished. In Okinawa, where 34 US military bases are located, there have been only seven convictions in 120 reported rape cases over the past few decades.

Problems of sexual violence, crime, impunity and environmental pollution have sparked a lot of backlash in Okinawa. When the US wanted to build a new naval base, the locals organized daily blockades during three years. In 2008, construction activities were halted by a US court for environmental reasons. It is just one example of how local resistance to military bases can pay off and why the international peace movement needs to express its solidarity and support.

7. The bilateral agreements that the US concludes with third countries are generally to the detriment of the host country and gives the US extraordinary powers. Under the agreement for the use of the Manta base in Ecuador U.S. forces were allowed to use the airbase, as well as the naval port of Manta and facilities connected to the base, free of charge. The agreement also gave the United States the right to fly over the country and receive the same treatment as the aircraft of the navy of Ecuador in the seaports of the country. It guaranteed immunity for personnel as well their families against detention by Ecuadorean authorities. It gave the right for Americans who worked at the base to enter and leave Ecuador with US identification without having to pay taxes and much less taxes on income or ownership and transfer of goods imported into Ecuador.

I look forward to the presentations by many speakers, the discussions and proposals of how we can strengthen the movement against foreign military bases.