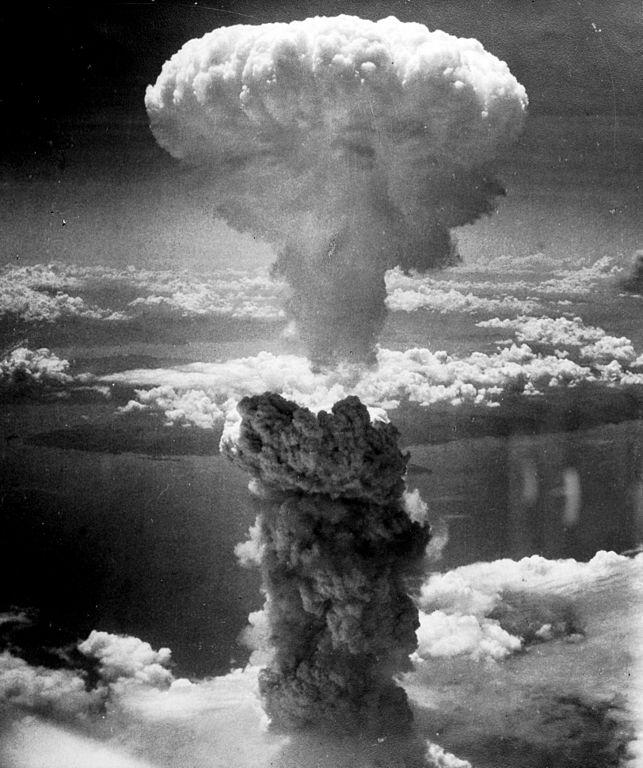 February 20, 2012, a delegation of the Belgian peace movement (French speaking umbrella organisation CNAPD and the Flemish movements Vredesactie and Vrede vzw) had a meeting at the cabinet of the new Minister of Foreign Affairs, Didier Reynders, to talk about the Belgian position on nuclear weapons. Amongst others officials, chief of cabinet François de Kerckhove and his advisor François Delhaye participated at the meeting.

The new governmental agreement of December 2011 speaks about nuclear disarmament. Although there is certainly no mentioning of an active policy for the withdrawal of the remaining US nuclear bombs (at Kleine Brogel Air Base) from our territory, the text shows at least some commitment:

“The government pleads for revitalising and respecting the non-proliferation treaty. It will strive convincingly for international initiatives towards further disarmament – including nuclear disarmament – and the prohibition of weapon systems with indiscriminate reach and/or which cause a disproportional amount of civilian casualties.”

Minister Reynders will continue the policy of his predecessors: Belgium favours a debate within NATO, but via discrete advocacy. No own steps are scheduled; the two big nuclear powers, USA and Russia, are to take the initiative. Belgium will follow the common NATO decisions. Emphasis lies on realism and security. This means that Belgium will search to have “as little nuclear weapons as possible with a maximal security for our country”. It seems as if the echo of Obama's strife for a nuclear weapon free world has completely disappeared.

The cabinet agrees on hte peace movement's analysis that the tactical nuclear weapons have little military use, but these arms still seem to represent the necessary political certainty of American protection for the allied countries, particularly a number of East-European member states. The NATO missile shield should be an alternative in this field, but apparently it doesn't reassure sufficiently the Baltic States and other countries like Poland and the Czech Republic. Cement of NATO continues to be formed by both nuclear weapons and missile defence.

Russia is the problem

Russia doesn't want to quit the nuclear option, on the contrary, the most recent policy emphasises precisely the role of nuclear weapons because of the weaker Russian conventional weapon technology, e.g. missile defence. The people of the Foreign Affairs cabinet do not agree that the remaining NATO nuclear weapons in Europe form an obstacle in the nuclear disarmament negotiations between the US and Russia. They do not agree either with the point of view that US bombs in Europe are to be withdrawn to American territory because they see nuclear weapons as essential to NATO policy and so it is logical that these weapons are deployed on NATO territory. Moreover, the American non strategic weapons are the only assets we have in the negotiations between Washington and Moscow. Russia should be more transparent about its tactual nuclear arms: their number, their location, their security.

The final document of the NPT review conference (May 2010) mentions an international conference on such a zone in the year 2012. According to the cabinet representatives, preparation for this conference which is to take place in Finland hasn't started yet. But for them is is clear that the biggest problem in the region comes from a nuclear armed and unpredictable Iran.

The UN General Assembly votes each year on the establishment of a nuclear weapons convention, which is to lead towards a comprehensive agreement on the prohibition of the development, testing, production, deployment, transfer and threat or use of nuclear arms.

This international initiative falls in line with the governmental declaration of the new Belgian government : “ will strive convincingly for international initiatives towards further disarmament – including nuclear disarmament – and the prohibition of weapon systems with indiscriminate reach and/or which cause a disproportional amount of civilian casualties”. Three quarters of all UN member states voted in favour of this nuclear arms convention. Belgium voted against, together with the other NATO members.

Belgium voted against the proposal because Brussels believes in a “gradual process with practical steps, not in a comprehensive approach”. Of course, the vote took place when the government-of-current-affairs was still in place, so before the new ministers took the oath on December 6. And thus the guideline of the new governmental declaration was not effective yet.

However, the new Minister of Foreign Affairs, Didier Reynders, will have to follow the above mentioned guideline. But we guess that Belgium will continue to oppose the nuclear arms convention. The new cabinet indeed seems simply to forget about the official declaration. Its explanation is rather simple: Belgium is member of NATO that agreed upon a Strategic Concept based on nuclear weapons; as long as nuclear arms will exist NATO has to keep them.

The Belgian government may declare whatever it wants, yet NATO policy overrules everything.