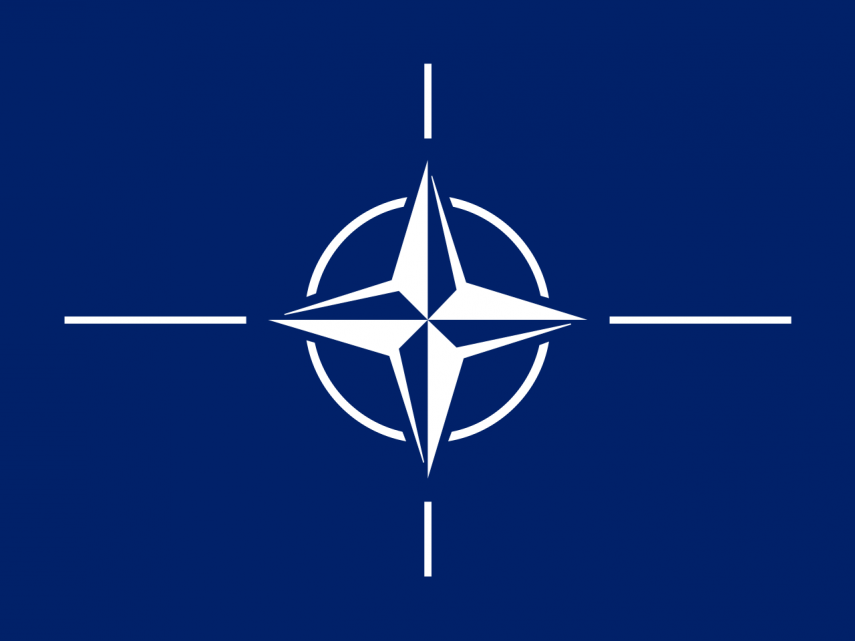 Norway is strategically located. We are allies with the superpower USA and members of NATO, and we border to the former Soviet Union, today Russia. Therefore, Norway has always been an important bayonet against the socialist world.

We were, during the cold war, a spying nation for the USA and England against the Soviet Union, and delivered important information to the benefit of NATO’s armament plans. The Norwegian government always denied these facts, but our country’s participation in the arms race after 1945 is historically proven.

It is also proven that Norway provided Israel with heavy water to produce nuclear weapons in the 1960’s, in discordance with deals to cease the spread of nuclear weapons. Behind the facade of a small and peaceful country close to the North Pole and distributing annually the Nobel Peace Prize, it is a nation which has contributed to imperialism’s armament. Weapons parts and ammunition produced in Norway have also been delivered to the Israeli army, and have been used against the civilian population of Gaza, among other places.

The peaceful Norway was a base for espionage against the Soviet Union during the cold war. The military intelligence  agency violated Finnish and Soviet territorial sovereignty almost daily, using Finnish and Norwegian and provocateurs, under orders from the CIA of the US and MI6 of Britain. Norway has allowed espionage missions to be conducted via our airports, and Norwegian fishing vessels have spied on our neighbors at sea. Norway shares the blame for the balance of terror after the war. NATO and Norwegian defense are developing a new strategic concept for the northern regions, according to the leading Norwegian government authorities. In their view, the cold war is over. The “aggressive” socialist Soviet Union is gone. Russia is a democracy,not a threat to Norway, and also a member of partnership for peace with NATO.

Does this mean that they are ready for disarmament? No! Norway is to receive 50 new US fighter jets within 2-3 years. We have added 5 hyper modern frigates to our Navy, capable of attacking planes, rockets, and targets at sea and land. Our army is specialized for NATO’s out of area strategy and imperialist concepts. We have professional soldiers in Afghanistan with the ISAF forces under NATO’s command. Norwegian military units whose intended purpose is national defence, have become a vital part of NATO’s hastened and pre-emptive aggression against other countries. Not least in the north against Russia, that is.

We see many crises and problems with the many tasks that are to be solved in this area, concerning Russia. Norwegian peace researchers point out that the biggest problem here is still that Norway is a member of NATO. Russia still views NATO and NATO expansion as a threat. This puts Norway in a pinch. Norway has no plans to end the NATO membership. On the contrary, it still sees NATO membership as its most important safety policy, partly because of Russia. There is an increase in military activity in the northern regions, along with an aggressive Russian rhetoric in conjunction with accusations that the Norwegian radar at Svalbard was gathering information for NATO, to mention one example of cases where the good relationship between Norway and Russia can be broken.

Several NATO reports predict conflicts in the northern regions as a result of climate change, making new sources of energy available in the Arctic. They especially mention the oil and gas reserves on Spitsbergen. If climate change makes these resources possible to exploit, a serious conflict between Norway and Russia can occur. Both the USA, Canada and Denmark will be pulled into this crisis, the reports predict. The activity in the Northern regions will no doubt be rampant as a result of increased availability of resources, and may lead to a conflict.

Enormous financial interests are involved in the Norwegian ocean regions, and we can not preclude that Norway will be subjected to political pressure. A conflict of resources may easily build up political undertones, increasing pressure against Norwegian sovereign rights. This is why Norway is in a different, more exposed position than other NATO member countries. Resource control in the northern sea region will still be an important task, and the fact that several governments disagree with Norway’s view of the division of these regions makes the task more demanding. The Norwegian government is of the opinion that there is a need for a defense policy where presence in the northern regions will be of higher priority than it is today. The government’s strategy for the norton regions of December 12 2008, clearly states: We can conclude that Norway wishes that hallenges in the Arctic and the northern regions must play a natural role in NATO’s work toward the establishment of a new strategical concept.”

One EU report dated March 10, 2008 had the headline: “Climate change may spark conflict with Russia”. The report warns of increasing international tensions as global warming opens up new areas for energy exploitation. The report from the EU’s top two foreign policy officials to the 27 heads of government gathering in Brussels for a summit March 2008 warns that  “significant potential conflicts” are likely in the decades ahead as a result of “intensified competition over access to, and control over, energy resources.” The seven-page report has been written by Javier Solana, the EU’s foreign policy supremo, and Benita Ferrero-Waldner, the commissioner for external relations. It predicts that global warming will precipitate security issues for Europe, ranging from energy wars to mass migration, failed states and political radicalisation. The report warns of greater rich-poor and north-south tension because global warming is disproportionately caused by the wealthy north and west while its impact will be most catastrophic in the poor south. The rapid melting of the polar ice caps, in particular the Arctic, is opening up new waterways and international trade routes, the report notes.  “The increased accessibility of the enormous hydrocarbon resources in the Arctic region is changing the geostrategic dynamics of the region.” The Arctic thaw has already created “minor tensions” between Russia and NATO-member Norway over fishing rights around the Spitsbergen archipelago. “The islands of Spitsbergen ... have large deposits of gas and oil that are currently locked under a frozen continental shelf,” the document states. “If global warming were to allow this to become a viable source of energy, a serious conflict could emerge between Russia and Norway.”

This “potential crisis” would draw in the US, Canada and Denmark “competing for large and viable energy resources and precious raw materials”. With specific reference to Arctic exploration, the EU’s report says: “The scramble for resources will intensify.” Afghanistan and Iraq must have our full focus and are today the most dangerous challenge against the peace in the world. I will nevertheless call upon WPC’s attention to the development in the North that may escalate old conflicts between NATO and Russia, and generate new ones. Still the Norwegian membership in NATO represents, firstly, a major threat against our sovereignty to solve our controversies with Russia in our own terms without any interference, primarily from the USA; secondly, Norway and the Polar Sea will be prevailed over by NATO’s new out-of-area strategy: a strategy we saw demonstrated first in Yugoslavia, now in Afghanistan and in Iraq. Therefore, the Norwegian peace movement claims today:

Norway out of NATO. NATO out of Norway.
Fight NATO’s aggressive and imperialistic conduct and advancement in the world.

(added on jan 14, 2011) EUobserver on wikileaks and nordic military cooperation

° this text was presented to the regional meeting of WPC-Europe Octobre 11, 2010 Brussels