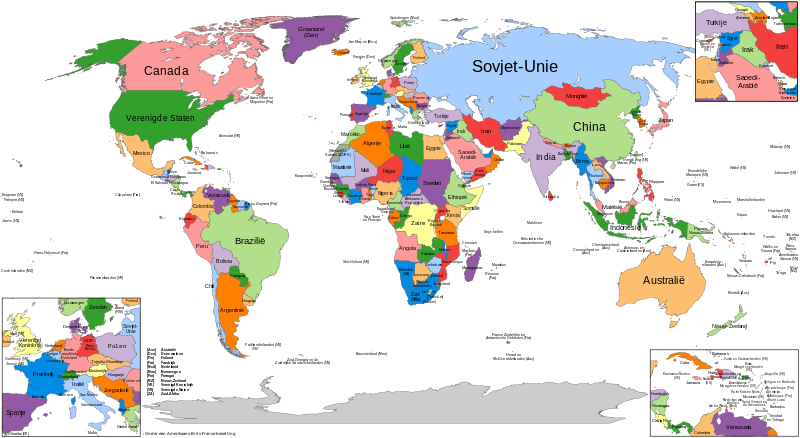 The western world jogs from crisis to crisis: on the economic-ecological level, financial and social. The number of military conflicts is increasing. European as well as American political leaders are strongly divided and their differences are growing. This text is a short synthesis of an analysis on the fundamental contradictions that cause today chaos, crisis, conflict and war.

Financial and political circles are increasingly confronted with the limits and growing scarcity of natural resources. There is a fundamental contradiction between the very nature of growth – quantitative and based on overconsumption – on the one hand and the limited global reserves of raw material, on the other. An other kind of growth in an other kind of society is necessary to avoid social chaos under military control.

A second fundamental contradiction has clearly come into the open between the emerging countries under political administration and the western countries where financial groups use the political world for their own structural and economical development against the common interest of the populations and the states. Without a financial, economical and political regulation the West will have to face growing destructuring economical and social crises.

But the western economy has to cope also with a systemic crisis of its own caused by the intensive search for maximal profit in the shortest time possible. Thanks to the ultra-liberalistic policies and speculative mismanagement the financial groups have been able to destroy the real western economy to the disadvantage of common interest. Profit purely for the sake of profit is the engine that makes turn the western financial system. The euro as well as the dollar, North-American public debt as well as the European debts make the ship leak, while stock exchange circles continue to speculate freely. European leaders search for austerity while USA plans a debt increase in order to try and relance growth, something that is becoming impossible in the actual type of economy.

Leaders of the financial groups of the multinationals and the various military-industrial complexes know perfectly well the negative and dangerous consequences of these three contradictions within a globalised economy. This is indeed one of the main discussion topics at the summits of G7, G8,G15 and G20... but also at the more discrete gatherings of the Round Table of European Industrialists and more specific the Bilderberg Group. They make intensively use of specialised think tanks in order to increase their incidence within the political circles.

To maintain and develop the high level of profits, ultra-liberal spheres make use of three parallel strategies.

In the first place they search for a maximum of direct investments in the strongly growing economies in order to maximalise profit. Delocalisation of companies from the Atlantic zone towards low-wage countries is part of this endeavour.

Secondly they try to globalise ultra-liberalism by exporting it from its strong Atlantic position towards the countries with a social an political regulated economy. The chances of such a globalisation depend on human factors too as individualism and egoism, but above all on overconsumption contagion.

Thirdly there is a tendency to militarise the ultra-liberal policies by wars, military expeditions, tensions and conflicts in regions with important reserves of natural resources as in Africa and Asia. NATO is used as the military arm that has to impose ultra-liberalism and that has to destabilise those countries that regulate politically their economy.

Today's globalised world is not a multipolar one. Its organisation is polycentric and is continuously in mutation due to its internal contradictions. A multipolar stable world can only exist under regional agreements for cooperation and security in favour of the common interest against the ultra-liberal, predatory, private interest.

Jean Verstappen wrote this pamphlet for the December edition of “Paix” a trimestiral bulletin of Rencontres Pour La Paix, a French speaking peace movement in Belgium.