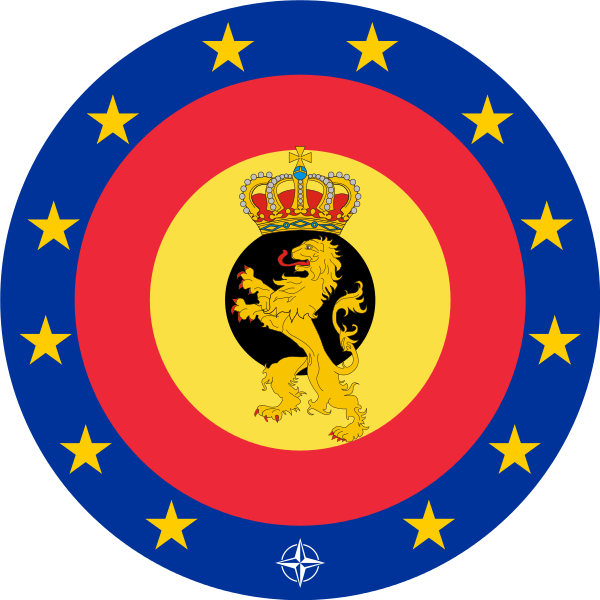 Although we live in times of crisis, the Belgian government still finds 242 million euro in the budget year 2012 to invest in military equipment. For the year to come the Minister of Defense, Pieter De Crem, assigns 212 million euro to his investment plan.

Although we live in times of crisis, the Belgian government still finds 242 million euro in the budget year 2012 to invest in military equipment. For the year to come the Minister of Defense, Pieter De Crem, assigns 212 million euro to his investment plan. The leading military commanders indeed warned in the beginning of the year that new investments in military equipment are absolutely necessary in order to respond to NATO criticism.

This summer Mr. De Crem underlined that these investments are 'peanuts' compared to the political discussion which is to take place after 2014 when big purchases will lay on the table, as the succession of the F16 fighter planes and the acquisition of new frigates. The Minister explained that the investments concerned fit in the policy of building an expeditionary force.

This concept, however, gives a bitter aftertaste. According to the explanatory dictionary 'expeditionary force' is “a generic name applied to a military force dispatched to fight in a distant foreign country.” The Belgian King Leopold II sent his expeditionary force to 'his' Congo Free State to fight the trade in black slaves by Arab traders to subject in turn the local population to forced labour or to killings.

For Minister De Crem and the Belgian political establishment this reorientation of the national army is beyond doubt. Yet, the army's central task during the Cold war was quit different. In those days the army was to be able to defend the national territory against a possible attack from communist Eastern Europe. Out of area operations were excluded. With the fall of the East Block we lost 'our' enemy and so NATO's main official reason of existence disappeared. All of sudden we seemed to need an other kind of army, one that should be able to fight eventually on a far away battle field. The army should change or disappear, it was said. Military Industrial Complex played a crucial role in the swith-over, that got through without much of a protest or discussion. Higher humanitarian goals of the struggle against terrorism produced the arguments to silence the criticism. There was hardly a sign of any public debate over the army itself or its 4 billion euro yearly budget. This grew to the extent that NATO accepted in Lisbon November 2010 its highly expeditionary third Strategic Concept without giving parliaments the possibility to see the texts on beforehand, what apparently didn't bother many members of parliament. The bill is simply addressed to the Belgian tax payer.

It is hard to make a positive balance of this new central task for our western armies, military intervention in far away regions. Afghanistan, Iraq, Libya, Somalia,... each time the political, economic and human damage is tremendous. Country and people stay behind in years of instability and insecurity, which passes unnoticed as media attention fades away after each so called military success. The main winner is the defense industry which distills big profits from the intervention ideology. Moreover the humanitarian legitimation of interventions contrasts sharply with our political and economic practice. Those countries which are so keen to emphasize their humanitarian aims, don't see any problem in selling their arms all over the world to all kind of regimes, many of which have a dubious reputation.

Our human concern disappears when the country concerned is an ally (e.g. Israel) or became one after a liberation operation (e.g. Iraq, Afghanistan). Iraq was bombed into democracy, so we don't need to hear anymore how bad people live or how human rights continue to be violated. In Iraq almost 100 people have been executed after dubious trials since the beginning of this year. When some people try to put this to the world's attention, we seem to have turned deaf. It is of course not nice for a government of an intervention force to explain afterwards to its population that, say, Libya's liberation degenerated into militia violence and human rights violations. The more if these interventions costed millions of tax payers' money. A fair cost benefit analysis of the military interventions of the passed years would turn out quite negative. Almost the entire Belgian political establishment, however, continues to swear – NATO faithful as we are – by this expeditionary force concept.

An essential question we should ask ourselves in these times of crisis is : shouldn't we thoroughly reconsider how to spend in a best way those 4 billion euro? If the army's aim is – as the discourse goes – to project peace, stability and humanitarian values far over our borders, do we need then new fighter jets, armored vehicles and modernized nuclear arsenals? This world spends globally 1700 billion dollar per year for the military and for defense. A hallucinatory waste, if you ask me. Imagine this amount invested in sustainable socio-economical development, what an immense profit this would mean for mankind. When shall we dare to discuss these fundamental questions?