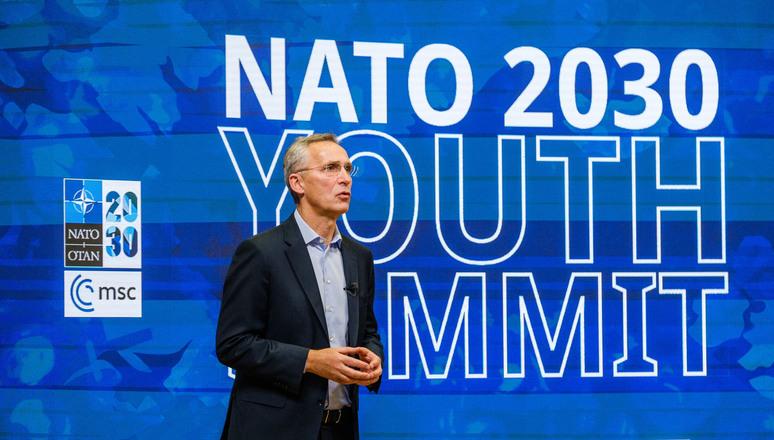 On Monday 09 November 2020, NATO Secretary General Jens Stoltenberg hosted the NATO 2030 Youth Summit, to promote its militaristic views on security. In an open letter Young people asks NATO to be disbanded and to have a discussion in stead on how to build a more sustainable, more peaceful and fairer world.

We want to voice our opposition to the fact that you will host the NATO 2030 Youth Summit on November 9th.

As young people concerned about our future and the future of our planet, we are very concerned that the focus of the event is ‘keeping NATO strong militarily, making it stronger politically and more global’. We do not believe that strengthening NATO is the best way to secure our future. Instead we would like to see NATO disbanded.

One of the main challenges of the 21st century is to reimagine our concept of security. We are living in the midst of the Covid-19 pandemic, of unfolding climate change disaster and racial unrest. Addressing these challenges is the priority, by working alongside the international community and cooperation of the people, not strengthening a nuclear-armed military alliance that provokes mistrust and conflict.

NATO is committed to an interventionist military agenda and causes instability across the globe.

We urge you to use the NATO 2030 Youth Summit to discuss how we build a more sustainable, more peaceful and fairer world, and to start the discussion about how the world that we will inherit would be better served by bringing an end to your alliance.