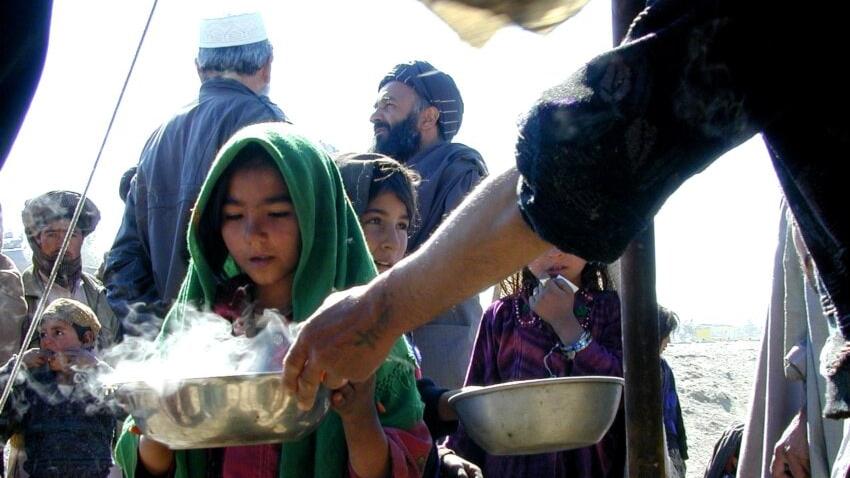 After two decades of intervention in Afghanistan, the NATO withdrawal leaves the future of the country uncertain while NATO members have an obligation to ensure that the wellbeing of the people in Afghanistan remains an issue of the highest priority.

To examine NATO’s credibility and the lessons learned from the failure of the military intervention in Afghanistan, Brussels Morning interviewed Ludo De Brabander.

Sarhan Basem:  What are the main reasons  for NATO’s failure in Afghanistan?  What is the likely impact of this failure in terms of  the future?

Ludo De Brabander: Afghanistan shows us once again that it is easy to oust a regime militarily from power, but very difficult to install a stable democracy afterwards. The reason is that the US and NATO troops were quickly perceived as occupying forces. As the occupation continued, the resistance grew. You could say that the prolonged presence of foreign troops has fueled and strengthened the resistance, like a red rag to a bull. This was especially so because the aerial bombardments by the international coalition caused so many civilian casualties. A second reason is that Afghanistan is an ethnically and culturally fragmented country, with a local tribal structure comprising groups that pursue their own interests, which are not always parallel to those of the central authority. Third, the central government very soon evolved into a puppet regime, one that was maintained with outside military and economic support. The many millions of dollars pumped into the country mostly ended up being shared by a corrupt elite, while poverty among the general population rose to more than 50%.

The foreign powers failed to address the socio-economic problems of the ordinary Afghan citizens. Fourthly, Pakistan played an ambiguous role throughout and has been a historic supporter of the Taliban for several reasons. Most Taliban are former Pashtun refugees educated in Saudi-financed conservative Madrassas in Pakistan. At the end of the 19th century, the area populated by Pathans was cut in two by the British Durand Line into an Afghan and a Pakistani part. The inhospitable border region on the Pakistani side was an ideal base for the military operations of the Taliban. Finally, of course, there is the historic role of the United States, which armed the Mujahedeen against the then communist regime in Kabul with the help of Pakistan and Saudi Arabia even before the Soviet invasion of December 1979 (Operation Cyclone). It empowered individual Islamist warlords such as Gulbuddin Hekmatyar and Barhanuddin Rabbani and literally provided the ammunition for the 1992-1994 civil war that would eventually bring the Taliban to power.

The impact of the failure, of course, is that the invasion and occupation war has left the country deeply disrupted and impoverished, providing a favorable breeding ground for terror groups like the Islamic State Khorasan.

Sarhan Basem : NATO accused Afghan leaders of not stopping the Taliban takeover. Do you agree with this view?

Ludo De Brabander : It is a poor attempt by NATO to shift its own failure and responsibility and blame the Afghans instead. Central authority was weak and corrupt and NATO continued to ignore reality for years with propaganda about the ‘’yearly progress’’ made. But already in 2010, Wikileaks published information (the ‘’Afghanistan Papers’’) on the true nature of the ‘’war on terror’’ in Afghanistan. In 2019 the Washington Post came into possession of the famous SIGAR report (Special Inspector General for Afghanistan Reconstruction). The main conclusion: the military operation in Afghanistan was a major failure. What officially was called reconstruction and nation building was in reality a bottomless pit of large-scale corruption. Money and contracts were used to buy off the loyalty of warlords and drug lords, with soldiers that often hadn’t been paid for months. The motivation to fight the Taliban was gone. It is far too easy to blame the Afghan army for having failed…

Sarhan Basem Can we say that NATO’s credibility has been seriously damaged by the Afghanistan failure? Did the West have a clear plan in Afghanistan?

Ludo De Brabander : NATO as well as the US have certainly lost credibility, yes. The ‘’war on terror’’ has shown its limitations and after Afghanistan probably will know its extinction, at least in its massive military dimension. Tensions have also arisen within NATO because some European member states have been accusing Washington for a lack of coordination, not having taken into account their interests and timing. Since the Cold War, NATO has been transformed from a strictly collective defence organisation into a global military player. NATO member states were urged to convert their troops into interventionary troops and to invest in combat and transport aircraft and the like. But now robust foreign military missions are met with scepticism, having failed in Iraq, Libya and now Afghanistan. These countries became even more destabilised and served as a breeding ground for warlords and terror groups, not to mention the massive refugee flows they have fueled.

Sarhan Basem : Do you think that the next chapter in Afghanistan is TRAGEDY? Is a new refugee crisis on the way?

Ludo De Brabander : It is not easy to predict the future of Afghanistan. What is the capacity of the Taliban to restore stability and to get the economy going again? Over the years Afghanistan has become very dependent on foreign aid and investments. Now that these have dried up, the challenges are even greater. The West is now putting conditions on the return of socio-economic aid, but it doesn’t look like the Taliban are just going to give in to that. The social discontent can lead to renewed internal fighting and even a new civil war. I fear that the poverty, intolerant policies of the Taliban and possible new violence could cause a new refugee crisis and internal displacements of people.

Sarhan Basem: Was it a superpower or diplomatic failure in Afghanistan?

Ludo De Brabander : It was both. Afghanistan has been the battleground of major powers on several occasions. The goals of the US and other major powers weren’t those of the Afghan people. The US officially wanted to fight terror, but looked to Afghanistan in terms of geostrategic opportunities, given bordering China and the oil and gas fields in Central Asia. In any case, Afghanistan has been called historically the ‘’graveyard of empires’’. In addition, there was a persistent belief in a military. For years, the occupying powers refused to negotiate with the Taliban and local armed groups and neglected the role of the civil society and the importance of economic perspectives for the people of Afghanistan. As long as the population lives in poverty, there will be dissatisfaction. Violence can be an easy outlet for that.

Sarhan Basem : What would be the best lessons learnt from the failure in Afghanistan?

Ludo De Brabander : In my view, the most important lesson is that military interventions rarely bring solutions, and that they create even more problems. Mainly war profiteers and the military industry will benefit. You cannot impose a democracy from outside. It has to be rooted in society. Moreover, people quickly understand that foreign military interventions are often set up to serve foreign interests and to a much lesser extent the well-being, democratic or human rights of the population. There is a lot of hypocrisy. The same Western powers that like to put forward values — democracy and human rights for example — often block refugees from their wars when they arrive at their domestic borders and are eager to supply weapons to authoritarian regimes such as Saudi Arabia to cash in on their oil dollars for their own geostrategic importance.