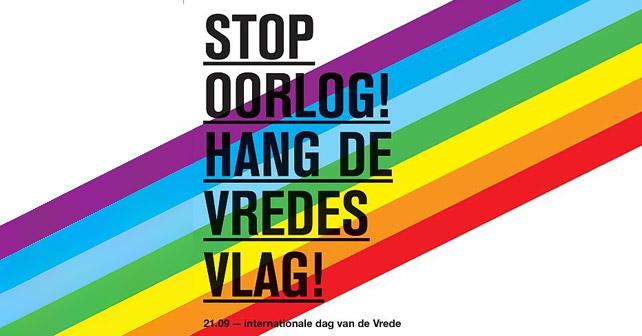 During the Belgian presidency of the European Union (2nd half of 2010) the Ministers of Defence of the member states will gather for an informal summit, on September 23 and 24 in the town of Ghent. This summit will take place almost a year after the Lisbon Treaty became effective. This treaty implements a lot of instruments which pull the Union further on a track of militarisation and prepare for military interventions outside Europe. We oppose a summit that prepares for war. The European Union must not become an economic bloc with a military arm. Europe is to be a peace project which before all focuses on a social and ecological policy, which creates sustainable jobs, which garantees public services and protects social security, which realises a fair and just trade policy and invests in sustainable development. In short, Europe is to be a peace project that puts and end to neoliberal policies. We must make sure that development cooperation is not used at all for military purposes.

Ghent is to be a town of peace. The local population came out in protest during the EU defence-summit of Octobre 2001, marched against the war in Iraq (March 2003) and the war against Gaza (January 2009). Our manifestation of September 23 will give again a strong signal to those who, with this Defence-summit, come and prepare for war.

Stop the war in Afghansitan

Many of the participating countries to this EU Defence summit in Ghent fight a brutal war alongside NATO in Afghanistan. In his preparatory note for this summit the Belgian Minister of Defence, Pieter De Crem, pleads for a better cooperation between EU and NATO, and consequently for a still stronger European link to the alliance for war. In Afghanistan and its neighbouring country Pakistan, US and NATO air strikes have caused thousands of civilian victims. This occupation war should stop. The Belgian F-16 fighterplanes have to be withdrawn immediately.

No militarisation of Europe

The Lisbon Treaty wants to provide the Union with more military assets. The Treaty stipulaties that “member states should undertake progressively to improve their military capabilities”. This means an improvement of the armament in numbers and quality. At a moment that the world reached a new record on military spending - 1531 billion dollar or 6% above the 2008 expenditures – it is time to turn the other way towards disarmament. Moreover, the defence industry succeeded to get closely involved in European policy-making. Various EU programmes help the restructuring and strengthening of the European defence industry in its competition with the US and other global players. This means an increase in arms trade, more violence, more war. We stand for a policy of “disarm to develop” in Belgium, in Europe, in the world.

No nuclear weapons in Europe

Europe still has US nuclear weapons on its territory, amongst other countries in Belgium. The population wants these useless and dangerours weapons of mass destruction to disappear. A parliamentarian political majority asked for their withdrawal. However, the US remain obstuctive and NATO sticks to its nuclear capability and is now even planning for a missile defence. What is keeping the European defence minister from showing some political courage in order to get rid of these weapons we do not want others to posess? Europa has to be made nuclear weapon free as soon as possible as an important step towards a nuclear weapon free world.