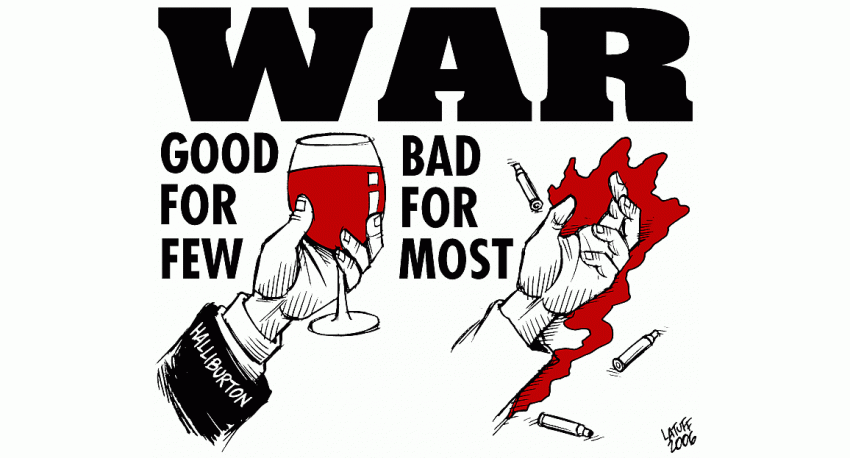 The uprise against the dictatorial regime in Libya caused special commotion in Belgium. Was the Qadhafi government using Belgian arms and ammunition against demonstrators? Indeed, the regional government of Wallony issued in 2009 an export licence for a weapons deal with Libya for some 11.5 million euro. This license concerned small arms from the well known Belgian arms factory FN Herstal, the ownerhsip of which lies for 100 percent with the regional authorities themselves. Most of the weapons were to be delivered to a battalion of Lybian elite troops, that operates under the command of Qadhafi's son. Another part of this supply was meant for the police corps.

When the Walloon regional government was to deliver the weapons last year, a judicial procedure before the court was initiated by the Frenchspeaking Human Rights Association (Ligue des Doits de l'Homme) and the Peace platform Comité National pour des actions de Paix et Démocratie (CNAPD) to try and stop the operation. Rightfully, as is proven now. Indeed, it seems more than likely that Belgian arms were used in the violent repression against manifestations in Libya. Till 2004 a weapons embargo existed against this country. Since it was lifted unconditionally and Libya was welcomed into the international circles, a lot of EU-countries signed new contracts with this dictatorial regime, although the country's reputation on human rights was far from clean. In 2009 13 members of the European Union issued for 343 million euro arms trade licences for Triopoli. Belgium was no exception when it signed export licences worth 22,3 million euro (double of the particular deal mentioned in the introduction).

The above is a good example of the issue that has been worked upon for years by the peace movement. Neither legislation on arms exports nor European regulation seems to form an obstacle to weapons supplies towards countries with repressive regimes. Yet, the Belgian law on arms trade states clearly – in one of its five export criteria – that any licence is to be refused when “sufficient evidence exists that the supply or transfer will contribute to a clear violation of human rights, or when there is an obvious risk that it will be used for internal oppression...” In the European Code of Conduct, binding since 2008, the same criteria of internal oppression is used to refuse an export licence.

Apparently the real siutation seems to be quite different and the EU-member countries, including Belgium, give priority to economical and political intrests. A recent offical EU report for 2009 mentions an amount of 11.6 billion euro of export licences to the Middle East and Northern Africa, all problematic countries included. This is double of last year's figures when 5.95 billion euro were concerned. The Belgian part stands for 418 million euro( 375 million in 2008). The list mentions the most brutal regimes, with Saudi Arabia purchasing for 5 billion euro, representing almost half of the European arms exports (Belgium: 337 million euro). The positive note on European arms export policy of the Flemish government's website turns cynical in the light of the recent events in the Mediterranean region: “EU members have shown determination in their strive to prevent the export of military technology and goods when they could be used for unwanted goals as internal oppression...”

Morroco, Algeria, Libya, Egypt, Jordan, Yemen and Bahrein, all countries were the population took the streets to claim liberty, democracy and human rights, are customers of the Belgian military industry. A number of years ago licencing and regulation of arms trade was moved from federal to regional level in Belgium. Although the important arms companies are situated in Wallony, trade of mostly high tech parts of weapons or weaponsystems produced in Flanders is growing with the same problematic proportions. According official figures Flanders issued in december 2010 licences for another 1.5 million euro for military vehicles and/or parts with Bahrein as final destination. In Bahrein police and army repression caused several deads during the recent protest marches in that country.

“Human rights are an integral part at all levels of our external policy” so writes the website of the Belgian Ministry of Foreign Affairs. The problem, however, is that arms trade is no federal matter while foreign affairs are. Discrepancies between the two levels occur easily. The policy on arms trade illustrates how good we are to respect human rights... in words. The military industry represents an important sector in Europe and has a strong lobby machinery at its disposal to defend its intrests. In 2009 the EU member countries issued arms trade licences worth 40 billion euro, which is an increase of 20% compared to 2008. More than half of these weaponry goes to markets in the south. This represents massive means in those countries where the population has difficult to live a decent life. Moreover many of these weapons show up in conflictregions. They have caused a lot of suffering through the repression by the regimes in the Arab world and Israel. Very recently the United Kingdom and Germany withdrew licenses to Egypt and Libya. Let us hope that it makes our leadership more cautious in the future. Clear criteria to restrict the arms trade do exist, but the policy makers have to make sure these criteria are lived after. Maybe the principle is to be put upside down, so that all armstrade should be banned unless it is proven that the country of destination is clean.