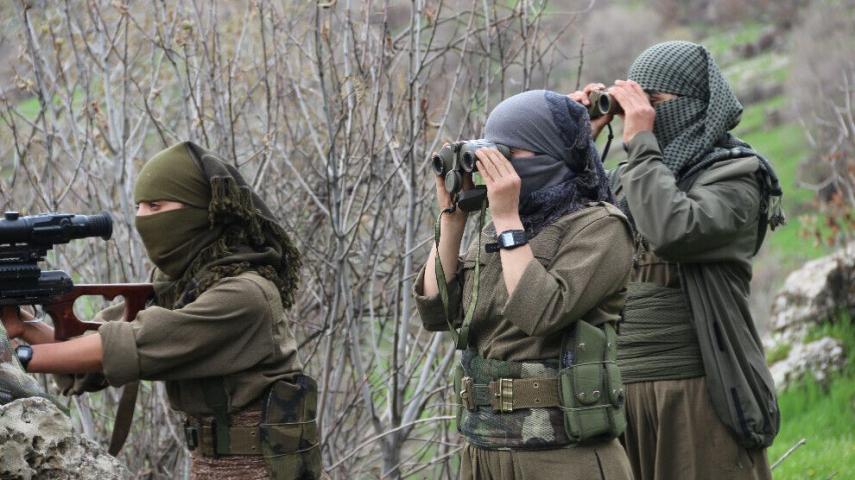 Turkey’s latest cross border operation in Northern Iraq is set against the backdrop of a series of internal problems.

Turkey is plagued by economic problems and a growing number of corruption scandals. Unemployment is expected to grow to 14% this year. The rate of the Turkish lira is currently at a record low of 10 TL for 1 Euro, a depreciation of 300% over the past 5 years.

In addition, Turkish politics are subject to an ongoing ‘mafiazation'.  In recent days, Sedat Peker, a pan-nationalist mobster, who maintained good ties with the Turkish ruling elite for decades, released a series of videos in which he exposes close links between the Turkish state apparatus and criminal circles. The allegations involve possible murder, rape, drug smuggling and abuse of political power.

In other recent cases local AKP officials have been accused of being involved in human trafficking. Last month, Finance minister Naci Agbal was sacked after he started investigating the fate of the $128 billion in reserves that Albayrak, Erdogan’s sun in law, is accused of having burned through over the past two years. Turkey currently ranks 86 among 180 countries in the Corruption Perception Index of Transparency International. Compared to only seven years ago, the country was ranked at place 53.

In 2023 new elections are scheduled. Voters will elect a new president, as well as 600 members of the National Assembly. The AKP is losing more and more ground in the opinion polls. In order to survive politically, Erdogan reverts to the tried and tested recipe of nationalist politics.

2023 is a symbolic important year. It will be 100 years since the Treaty of Lausanne entered into force after the defeat and disintegration of the Ottoman Empire. While the Lausanne treaty is often viewed in Turkey as a victory for Turkish diplomacy, since it succeeded the never ratified and ‘humiliating’ Treaty of Sèvres (1920), nationalists blame it for the loss of oil-rich Kirkuk and Mosul. In 1920, the Turkish parliament passed a national pact claiming the northern border area of Syria and northern Iraq, including Mosul, as Turkish territory. Erdogan has referred to that pact several times in calling into question the 1923 Treaty of Lausanne, which defined modern Turkey’s borders.

In his struggle with the Kurdish liberation movement in Northern Syria, Erdogan seems trying to realize that pact. In Northern Syria, Ankara has been advocating the installation of a 30 km deep buffer zone for several years. Since 2016, the Turkish army has already launched three military interventions and occupies large parts of Northern Syria.

In Northern-Irak, Turkey has carried out many cross-border offensives against the PKK for decades. In recent years, Ankara begun to establish a growing number of bases and checkpoints dotting the mountains of Iraqi Kurdistan. An estimated 5,000 Turkish forces are currently deployed across the Turkish-Iraqi border, in Iraqi Kurdistan and in Bashiqa, an area under Iraqi central government control lying north-east of Mosul. According to Turkish prime minister Yildirim in 2018, there are 11 Turkish military bases in Northern Iraq, the first one established in 1996. In 2020, Turkey announced the construction of three new bases. Beginning of this month the government announced to establish of yet another military base in Metina, an mountainous area close to the Iraqi border ‘to control the route to Qandil’, the PKK controlled area. This means that there will be at least as much as 15 military bases in Iraq.

Last year in June, Turkey launched the first of a new series of big military air and ground operations code named Claw Eagle and Claw Tiger followed by Claw-Eagle 2 in February this year. Another new offensive was launched end of April this year, called Claw-Lightning and Claw-Thunderbolt. The latest operation involves fighter jets, attack helicopters and combat and surveillance drones as well as artillery units at the border. On the ground, commando forces have moved in, both by land and by airdrops.

Although these operations violate the sovereignty principle of the United Nations Charter, there is little international protest against these cross-border Turkish military wars of aggression in Syria nor Iraq.

A resolution tabled on 11 October 2019 by the EU countries in the UN Security Council condemning the last Turkish invasion in Northern Syria was vetoed by the US and Russia. NATO Secretary General Stoltenberg only declared that Turkey is "at the forefront of the crisis and has legitimate security concerns” and added that “NATO has been informed by Turkish authorities about the ongoing operations in Northern Syria” asking Turkey only to "act with restraint". A few months later, in February 2020 Stoltenberg expressed NATO’s support for Turkey in Idlib declaring that “NATO continues to support Turkey with a range of measures, including by augmenting its air defences…”.

On Iraq NATO remains silent as well although Bagdad often condemned the Turkish military operations as a flagrant violation of Iraqi sovereignty that causes the suffering of civilians in the area.