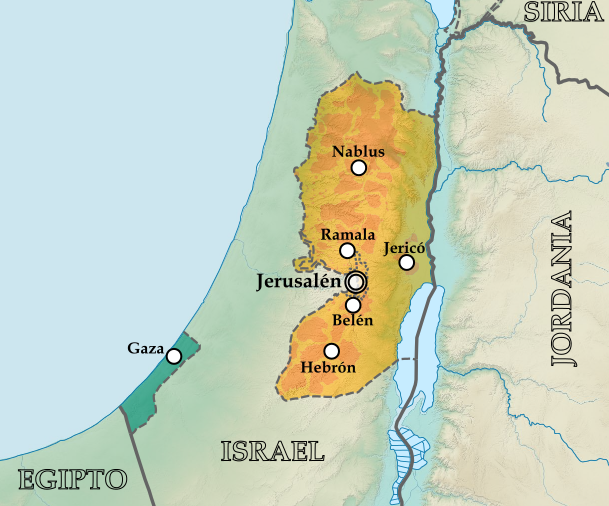 The theatrical pose of the US and Israel on the Palestinian initiatives to apply for membership of the United Nations Organization first and then of UNESCO - the UN agency for education, science and culture - is unprecedented and grew to absurd proportions.

The UN membership itself is practically wishful thinking anyway, because the U.S. did decide to use its veto in the Security Council. But within UNESCO there is no veto and the Palestinians took smoothly the required two-thirds majority (107 for, 14 against and 52 abstentions). The U.S. has never sanctioned Israel for its occupation and annexation policies, for example by suspending the billions in military and economic aid to the country. It now, however, immediately announced that its UNESCO contribution of $ 60 million scheduled for November would not be paid. According to the White House spokesman the UNESCO-vote was "premature and undermined the common goal of the international community for a comprehensive, just and lasting peace in the Middle East".

What a nerve. Was it not precisely this international community that voted the Palestinian membership in UNESCO? After decades of occupation and twenty years of fruitless negotiation, it is difficult to speak of 'premature', isn't it? How the Palestinian membership of an organization that works to protect valuable sites, could be a threat to lasting peace in the region, goes even beyond Orwellian standards. In February 2011 the U.S. was the only country to use its veto against a UN Security Council resolution demanding that Israel immediately ceases all settlement activities in the Palestinian territories. The U.S. representative used therefore the classic argument that the resolution would hamper peace negotiations. 'Les excuses sont faites pour s'en servir', as they say in Paris.

After the UNESCO voting, the Israeli inner cabinet announced that by way of reprisal, 2000 new housing units would be built, mostly in East Jerusalem. To an international democratic vote Israel answers with more illegal theft of Palestinian land. This fact caused no reaction, no signal from Washington that such a behaviour would jeopardize the peace process. Yet, last year during the General Assembly President Obama called to freeze the expansion of settlements a few months longer. Unsuccessfully. Netanyahu, who can count with the support of most of the political elite in Washington, made President Obama completely give in. "No", it sounded measured. Premature Nobel laureate had to bow and swallow.

This whole UNESCO-saga is part of a disgusting soap. The U.S. and Israel are furious because of the formal accession of Palestine to UNESCO, but they never made an issue about the UNESCO funds to produce an inventory of Palestinian heritage (that now can be protected through the Palestinian membership). The inventory work has been controlled over the years by the functioning UNESCO office in Ramallah on the West Bank. And there is some protection needed in an area where every square meter has its archaeological impact, one can say. The Palestinian Authority wants to protect a dozen sites, including the Nativity Church (of Jesus) in Bethlehem. Does the conservative Christian Zionist lobby in the U.S. realize that the U.S. attack on UNESCO is not very in line with the Christian importance they may attach themselves to this popular place of pilgrimage? How shortsighted can one be?

Of course the Palestinian commitment to become a member of UNESCO can not be seen out of the context of the occupation. The defeat of the intifada (Palestinian uprising) and the Israeli colonization of Palestinian territory, were accompanied by a lot of destruction of Palestinian heritage. In Nablus and Hebron valuable historical buildings were damaged or destroyed. The Nativity Church suffered from the month long siege during the intifada. Once there is approval as international cultural heritage, the Israeli army will hopefully think twice before it makes its tanks roll over it.

In their book 'The Israel Lobby' the renowned academics Mearsheimer and Walt conclude that unconditional U.S. economic, military and diplomatic support to Israel has become a strategic burden for Washington. It complicates U.S. relations with other countries in the world and causes higher costs for Washington. The U.S. government risks to lose all capacity to implement a foreign policy that defends its interests in a crucial geostrategic and oil-rich region. Should the Arab regimes become the actual emanation of the collective popular will, the US would be in real trouble. The U.S. is isolating itself and drags along countries that unconditionally support its policy. At the UNESCO vote the European Union was sharply divided, but Belgium chose wisely not to follow the US and to vote in favour of Palestinian membership. Our government has all interest to hold this line in the future.