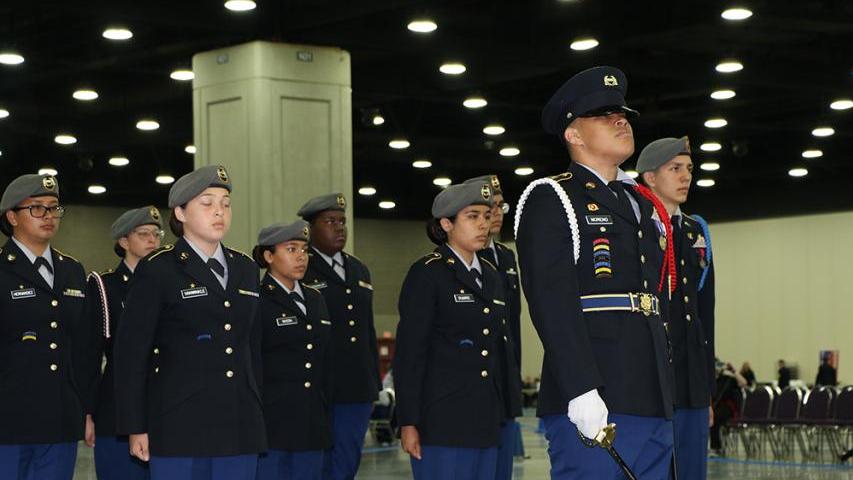 It is extremely easy in the United States to obtain guns, to find places to practice using them, and to find trainers willing to teach you to use them.

There’s no need to have any contact with the U.S. military in order to dress and act as if you’re in the military, as many mass-shooters do, some of them waging their own delusional wars against immigrants or other groups. But it is remarkable that at least 36% of U.S. mass shooters (and quite possibly more) have in fact been trained by the U.S. military.

It is equally remarkable that, although I’ve been updating and writing about this topic for years, it is virtually whited-out from U.S. media. In reports on individual mass shootings, any mention of involvement with the U.S. military is usually a minor footnote. In many cases, I simply do not know, with my very limited research, whether a mass shooter is a military veteran or not. This is why my figure of 36% could be low. Regarding patterns in mass-shootings, media reports tell us, as well they should, about access to guns, types of guns, criminal records, mental health records, misogyny, racism, age, sex, and other features of shooters’ backgrounds. If mass shooters were at all disproportionately red-headed, homosexual, vegan, left-handed, or basketball fans we would damn well know it. Its relevance would be mysterious, but we’d know it. Yet the fact that well over a third of them, and maybe more, have been professionally trained in killing is unmentionable, despite its obvious relevance and the supposed cultural value of “following the science” wherever it may lead.

We are regularly informed that mass shooters are mostly male, without any panic over the possibility of fueling hatred of men, the vast majority of whom are not mass shooters, and most of whom would rather die than become mass shooters. We are routinely told that mass shooters owned and liked guns, that they had mental health issues, and that they were loners, without the slightest hesitation over whether we might be generating a prejudice against gun owners or mental health patients or introverts. We are generally aware that most people are not utter imbeciles, that most people will catch on — even unprompted — to the fact that a teeny tiny fraction of a percent of military veterans being mass shooters doesn’t tell us anything about all veterans, just as they’ll tend to pick up on the fact that the majority of mass shooters are non-veterans, which likewise tells us nothing about all non-veterans. Yet the excuse for never ever mentioning the stunning statistic in the headline above is typically the danger of creating a bias against veterans.

Mother Jones magazine has updated its database of U.S. mass shootings. I’ve downloaded it and made a few changes, before posting it here.

The main change I’ve made has been to add a column indicating whether the shooter was a U.S. military veteran. I’ve also deleted some of the shooting incidents, reducing the list from 121 to 106 shootings. I’ve done this, just as on past occasion, in order to be able to make an accurate comparison to the general population. I’ve not counted the recent shooting in Colorado because no media outlet has yet named the suspect at the time of this writing. Relatively few women are veterans or shooters, and the incidents of shootings by women seem too few to draw comparisons from. Looking at men only, the percentage who are veterans in the U.S. population varies dramatically by age group. So, I’ve removed shootings by women or by men under 18 or over 59. I’ve left in one shooting committed by a man with a woman helping him. I’ve also deleted one shooting that was an attack on the U.S. military by a foreign-born shooter, as it seems irrelevant to ask if that shooter had been in the U.S. military. As blowback, however, that shooting involved the U.S. military as much as any other.

Looking at the 106 shootings in the remaining database, I’ve marked 38 of them as being committed by U.S. military veterans. In three cases, this indicates a veteran of JROTC (the Junior Reserve Officers' Training Corps is a federal program sponsored by the United States Armed Forces in high schools and also in some middle schools across the United States and United States military bases) one of whom may or may not have had further participation in the military. These three were trained in shooting at public expense by the U.S. military. One of them was the shooter in Springfield, Missouri, in March 2020. If this is him, he attended one of the nation’s top boarding schools for rifle training, the Army and Navy Academy.

I have not included as veterans shooters who had been security guards or prison guards. I have not included as veterans shooters who were on record describing their future crime in explicitly military terms as if participating in and referencing by name the U.S. military, unless I could determine that they had actually been in the U.S. military. I have left on the list of 106 a small number of foreign-born shooters, who may or may not have been trained by foreign militaries, and some of whom could not have legally joined the U.S. military; none of these are among the 38 marked as veterans. Also among the 106 are at least two men who tried to join the U.S. military and were rejected; they are not counted among the 38 veterans. At least one among the 106 worked at a U.S. Navy base but not as a member of the U.S. military; he is not counted as a veteran. Most significantly, I have not been able to determine military status one way or the other for the majority of the shooters on the list; it is entirely possible that more than 38 were military veterans. The 38 marked as veterans are simply those I could determine were veterans by reading news reports.

Is it possible that some of these veterans were not trained to shoot guns by the military and had to learn that elsewhere? Anything is possible, but this is highly unlikely, and in a number of cases we know some of the details of their training in the use of firearms.

Needless to say, or rather, I wish it were needless to say, people inclined toward mass shootings could simply also be inclined to join the military, making the relationship a correlation and not a cause. In fact, I would be shocked if there weren’t some truth to that. But it’s also possible that being trained and conditioned and given a familiarity with mass shootings — and in some cases an experience of engaging in mass shooting and having it deemed acceptable or praiseworthy — makes one more likely to mass shoot. I cannot imagine there isn’t truth in that.

David Swanson is an author, activist, journalist, and radio host. He is executive director of WorldBeyondWar.org and campaign coordinator for RootsAction.org. Swanson's books include War Is A Lie. He blogs at DavidSwanson.org and WarIsACrime.org. He hosts Talk World Radio. He is a Nobel Peace Prize nominee, and was awarded the 2018 Peace Prize by the U.S. Peace Memorial Foundation. Longer bio and photos and videos here. Follow him on Twitter: @davidcnswanson and FaceBook